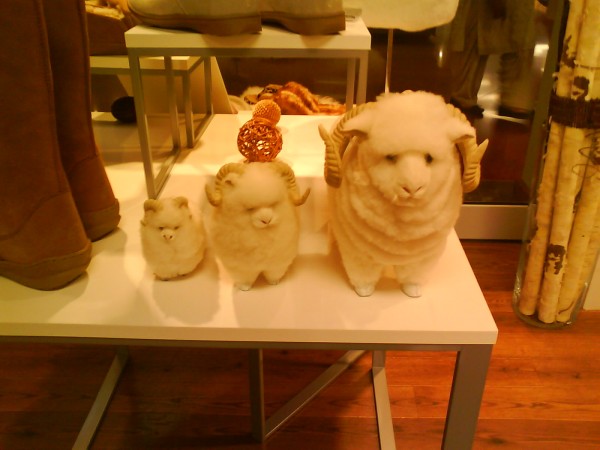 How is your communication ability? “ I love people! I can make friends with just anybody!” “No. Actually, I’m not very good at socializing, if there is any tips, I like to know.” Which types are you?

There are many ways to approach, from psychological aspects to attending seminars etc. but today, I’m going to introduce the personalities of 12 zodiac signs.

No1. Aries are challengers. Put a trust in them.

Aries people are mostly challengers. They don’t usually worry or hesitate before putting into action. Because they have a way of thinking like “ You never know before you actually try.” So, let’s show faith in them.

Aries think “Walking on the track set by someone else is boring”. Piquing their challenge spirits and showing your faith in them by saying things like “I see! You want to challenge that.”  “ I’m sure , you can do it. Go for it.” will increase their motivation and promote their trust in you as well.

No.2 Take a step back for stubborn Aries.

Zodiac signs of Aries, have a very stubborn personality. To Aries, gaining a sense of satisfaction, such as, “I did it“, is very important. So, they have a tendency to do everything on their own: making a choice, decision, and putting a plan into action.

They don’t like being ordered by other people too much.

If there is an Aries in your subordinates, respect their independency, making a good use of coaching skills will be effective too. Taking a step back will be perfect when you deal with them. This way, you will stimulate their pride, and they are more likely to produce good results.

If your lover is an Aries, let’s leave them make date ideas. They will fire up and make lots of ideas for you.

No.3 Accept the opinions of Stubborn Aries before you make a comment.

A person who makes careful judgment then again, can be quite short-tempered, gets overly frustrated and abandon their task. It’s when communication skills are questioned.  Haven’t you encountered people like that before?

“ Calm down, don’t be so upset.” “No. I’m not upset at all!!”  “It’s funny they actually look upset but say they’re not! There may be a quite a few of you who have the experience of thinking such thing before.” The truth is, they really think they are not upset.

In a case like this, let’s accept their opinion once. “I see, you think like that” It’s important to say it calmly.. this will approach to Aries, they will think “ He/she really understands me.”

No.4 Be straight forward when you express your feelings to them.

Aries people are straightforward. They are straight to the point when telling their opinions. The straight forward personality makes them easy to get on with, on the other side, they make strong remarks without hesitation which can make some people don’t like them.

Let’s be straightforward with them when you want to ask a favor to Aries, or tell them your opinions. Aries for being not so good with complicated plans, they tend to dislike it when people beat around the bush or complicated plans are taken. So, when those happen to them, they become frustrated. And that’s Aries.

But if you’re thinking about confessing your feelings to them, wait for a second. Aries like chasing better than being chased. The details are available at No.7. Please refer to them.

No.5 Aries have a strong sense of justice. Ask them for help.

Aries have such strong sense of justice. They come rushing to help, when someone is worried or losing confidence in themselves. That’s Aries. And Aries find delights in the act.

It’s not like winning sympathy with them, but let’s turn to them when you’re in need of help. And when you got helped by them, express your gratitude to them greatly.

“ I was thanked for helping him/her”. The feeling is what piques Aries’ pride.

No.6 With Aries, make time for a while before you say something.

Aries are known for talking things in such a direct manner it doesn’t matter to them if they’re talking to their bosses, subordinates or friends. That’s why, let’s make a space for a while when you talk with them. You can do it in any way you think of.

In romance, they like chasing rather than being chased. And also, there is a side to them that they fall in and out of love quickly if you like an Aries, let’s make them chase you. Giving them a sense of security will bore them. It won’t be far- fetched to say skilled tactics are required with Aries.

But, they don’t like being waited around. They have a little impatient side to them as well. “I need a time” the words are likely to frustrate them.

How was the article?
That’s all for “7 things to understand Aries personality and get along with them.” Of course not all Aries fit into the personal traits said in the article. But Zodiac signs are interesting as we do have these tendencies to represent our signs. Some say, “The gravity of earth changes according to the position of constellations, for that fact, our personalities are affected by our zodiac signs”
Let’s try what you’ve learned in the article with Aries around you, starting tomorrow.

No.1 Aries are challengers. Put a trust in them.
No.2 Take a step back for stubborn Aries.
No.3 Accept the opinions of Stubborn Aries before you make a comment.
No.4 Be straight forward when you express your feelings to them.
No.5 Aries have a strong sense of justice. Ask them for help.
No.6 With Aries, make time for a while before you say something.
No.7 Aries like chasing.