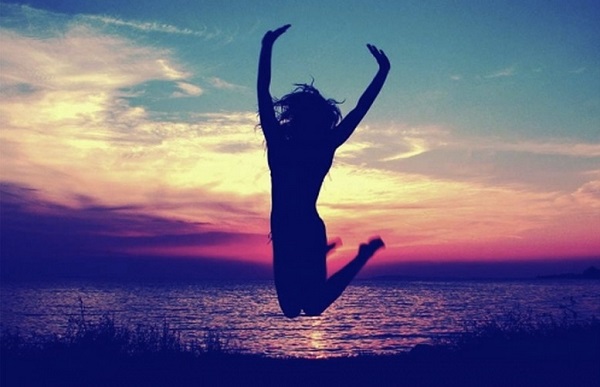 What is your communication skill?

“I like a human being! I can make friends with anybody!”
“No, in fact, I am not good at getting along with people. I would like know a knack if there is it.”

Which type are you? Please read this article if you are a type close to the latter.

There is a knack for socialization. Today I will tell not psychology or listening but the natural personality, the pattern of actions and the view on love so as to get along with people with Aries of 12 constellations though there are various approaches such as psychology and listening.

Then Let me show you.

7 methods to cope with Aries personality

1: Give your confidence to challenger Aries

The people of Aries has mostly the personality of a challenger.

They rarely bother and hesitate before doing it.
It is because they have the thought as “Because we do not understand that we do it.”
Therefore you should show the confidence in Aries like that.
It is Aries who thinks the rails laid by other people are useless.

If you stimulate the spirit of challenge well, and show the confidence in them as “All right. You want to challenge,” or “I think you surely can do it,” they will be motivational and give their confidence to you more deeply.

2: Show your respect for self-conscious Aries to step back

The constellation of Aries has the personality of a fairly ego. The self-satisfaction as saying “I did it by myself” is very important for a person of Aries.
Therefore, regarding choice, decision and practice, they tend to want to do all of them by themselves.
They do not like being employed by somebody very much.

If you have a person of Aries in your subordinates, you will need to respect his independence. It may be better that you will utilize his skill of the coaching. It is positive to keep a company with him to step back. You can stimulate the pride of Aries well by doing so, and will come to get good results easily.

You should entrust your date plans to him if your lover is Aries. He will get all fired up and plan them in various ways.

3: Accept his opinion of impatient Aries once

They have a careful judgement, but they have a short temper on the other hand and because of being irritated when their works do not go well they may throw out them. In such a case, your communication skill is asked for a question.

Do you often see a person as follows?
“Do not get angry so much.”
“I am not angry”
He looks angry obviously but he says “I am not angry.” Many people may have an experience like that.

In fact, he thinks he is not angry actually.
Therefore you had better “accept” his opinion once in this case. It is important that you calmly say “Mr.A, you think in this way, don’t you?”

It will make Aries think “You are a partner understanding a story.”

4: Tell your think straight to Aries

Aries has a personality with a few double-dealing. When they say something, they are apt to say straight out. They are refreshing frank to be easy to go together, but on the other hand they also have the reason to be hated because they will say harsh things straight.

When you ask or tell something to Aries, you had better say it straight. Aries which is not good at cheap tricks tends to dislike indirect expressions and tricks.

It is Aries who is irritated by and indirect expressions cheap tricks. But, please wait a minute if you are going to tell your love.
Aries likes to run after you. Please refer to “No.7” specifically.

5: Ask help from Aries with a strong sense of justice

Aries is the constellations of the strong sense of justice, who will spring to help you when you are troubled and discouraged. Aries has the personality to find their pleasure with it.

I do not mean you should elicit sympathy but recommend you depend on them when you are troubled.
And you should thank them grandly if you have their helps. It tickles the pride of Aries “I have been thanked because I helped the person.”

6: Serve as a buffer for Aries saying straight

Aries says something straight. It the same for their boss, their subordinate or their friend.

You should put a buffer between the two precisely because Aries does so.
Any method is acceptable. For example, the following things are suggested:
・ You take a deep breath once
・ You say “I see.” and buy time a little.
・ You accept the other person’s words as saying “you think ~, don’t you?”

7: Aries likes running after you

Regarding love, Aries is the constellation which likes to run after than to be run after.
And they have the aspect that they are easily warmed up but just as easily cooled down.

If Aries is the partner who you are interested in, you should be always on the side to be run after.The partner will get bored with you when you give him a relief. It will not be too much to say that the constellation questions the abilities of games.

However Aries does not like being kept waiting very much. They are slightly impatient. The words as saying “I want to think a little” seem to often irritate Aries.
There is no more for 7methods to understand the personality of Aries and to keep company with them well. How about things mentioned above?

Of course these things do not apply to all Aries.
However, it is interesting that the constellation is mysterious and really tends to be such things.
Some people say “We are exactly influenced by the constellation because gravitation is changed by the placement.”

To a person of Aries near you, why not try it tomorrow?

7 methods to cope with Aries personality

1: Give your confidence to challenger Aries
2: Show your respect for self-conscious Aries to step back
3: Accept his opinion of impatient Aries once
4: Tell your think straight to Aries
5: Ask help from Aries with a strong sense of justice
6: Serve as a buffer for Aries saying straight
7: Aries likes running after you

...
Home
personality and horoscope
7 methods to cope with Aries personality