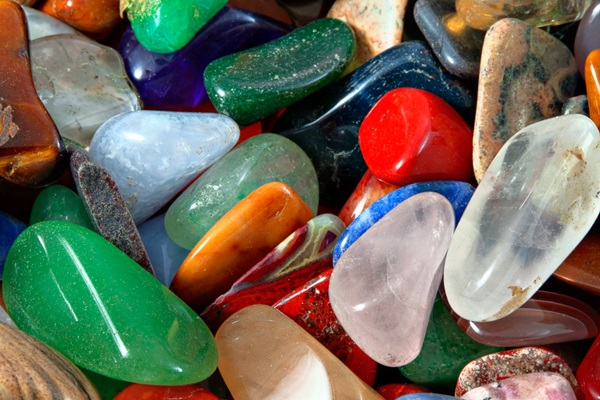 Heat the aroma oil and spend the gorgeous time…You want to do but feeling lazy? I’d like to introduce aroma stone especially to the lazy people. Do you know what it is?

Aroma stone is the unglazed pottery stone with  aroma oil on it and enjoy the scent. There’s nothing tiring such as using electricity, fire or water. There’s many types so I introduce 7 tips how to choose the aroma stone for lazy people.

It’s a stone to let the aroma oil soak into and it’s very easy to use. Just put few aroma oil drops on it. It diffuses the scent softly. Duration varies depending on the scent, but it lasts hald day to 3 days. When the scent becomes weak, just add some more drops. You can even bring the stone around in a pouch. No electricity and fire, just put the oil on the stone. It might be dangerous to put the aroma candles when you’re careless especially when you’re tired, so the aroma stone is better.

There’s several types such as handy size or animal shaped one.

Hanging on the wall as an interior decoration or the door knob is easy and stress-free even if you’re lazy person. But most of the stones are made of plaster so it breaks if you drop it so please be careful of that.

It’s quite troublesome to clean if it’s a figurine so the hanging type is much easier. You just hang it whenever such as in your bedroom, living room, on the desk in the office, in the car or in the bathroom.

Choose the one which you don’t even have to put the oil on it. So that you can just leave it somewhere you like. There’s many stylish designed stones, even perfum bottle shaped one. It’s better to put in the entrance or near the window so that whenever you go out from the house or room, you can smell the good scent and the house itself becomes a relaxing place.

But some people might feel that the scent will be weaker if you put it in the big space. So sometimes it’s recommended to put it in the bathroom or washroom so please choose by yourself.

Also you can give it as a gift to your friends. They’ll be very happy.

4.Stones to blend the scents

To be able to blend the scents, there’s 2 in 1 set. There’s also a portable size so that you can put it in your bag when you go out to enjoy the scent whenever you go.

Put 3-5 essencial oil drops on the stone and when its scent becomes weak, add the oil. There’s some people to use the hinoki scent in the wardrobe or put it in a car or in a bag. But if you just put the stone in a car or a bag, it might break it so it’s better to put in something like a small pouch.

Perhaps you feel softer sensing the gentle scent from the pouch rather than inhaling directly from the stone.

Some people put it near the pet or on the table in the office. Its scent is very soft so it won’t borther people around you.

5.A set with the preserved flower

There’s a pot of the preserved flower which works as aroma stone. Put some drops in a pot and put some flowers. It diffused the scent as if the flowers are diffusing. It’s also good for the room decoration.

Moreover, some kinds of flowers can avoid the evil or bad luck like Feng Shui, so it’s better to put somewhere the wind can easily go through such as a hallway.

So you can never say that the aroma stone is complicated or troublesome.

I recommend the hydrangea because it’s for the entrance to prevent the evil coming in. It’s also popular as a gift to your friends who love aroma stuffs.

Making aroma. Do you think it’s so tiring to make an aroma stone? It can be easily made by lazy people as well.

1.How to make it with a paper clay? Just devide into some pieces and knead it.
2.Put some of your favorite oil on it. If you don’t wanna have gleasy hands, wear the plastic gloves.

-Key Point-
If you wanna put the oil later on, don’t put any oil when you make it. Just make your favorite shape and make it dry. It’s also nice to use the cookie shapes and make whatever shapes you like, or put some string then make a cute key holder or something.

Originally, aroma stone is made of plaster so it could be like a pottery. But it’s also fun to make it with paper clay. Some people even scrape the shape to make it so professional.

So, how was that?
You were probably thinking that aroma stone doesn’t have many kinds or ways to enjoy but actually it’s not. It’s gonna enrich your daily life by knowing many kinds of aroma oils and the ways to use it.

1.Unglazed pottery stone
– It’s an unglazed pottery stone. Has many shapes and it’s safe without using electricity, fire or water.
2.Hanging type
– It’s effortless just by hanging on the door knob or on the wall
3.Unification with oil
– Expensive perfum shaped bottle could be an interior decoration
4.Stones to blend the scents
– There’s a 2 in 1 set to blend the scents
5.A set with the preserved flower
– There’s a pot with the preserved flowers which works as an aroma stone as if the flowers are diffusing.
6.Candle holder & aroma stone
– There’s a one which is a candle holder but also an aroma stone. It has several ways to use and it’s also popular as a gift.
7.Let’s make aroma stone
– It’s surprisingly easy, you can make it just with paper clay. It worth a try.

7 ways to create comfort with plants and Feng Shui

7 ways to refresh your room with plants using Feng Shui

7 songs that sympathized with heartbreak