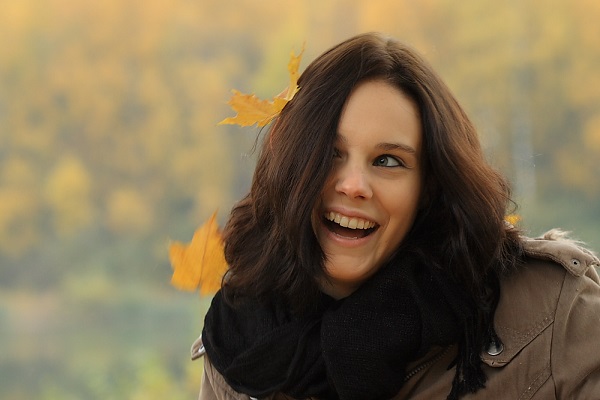 We say “I want to be happy.” like a talking habit. We hear this phrase a lot.

Please learn the ways and become such a lucky person!

1   Let’s wake up a potential ability

We human being has an actual existence ability which we can control ourselves and a potential one which is unconscious. A potential one is considered a self- control but when you can do it, your life becomes more enjoyable, I suppose.

The tip to take advantage of a potential ability is ‘autosuggestion.’ By yourself, you get to think that way.

For instance, you set up a goal‘I wake clearly’,  and take advantage of potential ability to reach your goal. And, before going to bed, decide the time to get up, then fall asleep after tell yourself to wake clearly at 〇 o’clock.

Please sleep while imaging a scene repeatedly, which you wake clearly. Before going to bed, by putting in the time to get up into your brain, during sleeping your brain automatically adjust your sleeping rhythm.

Human brain is made very precisely, but there’s the simple unexpectedly, so when you can take advantage of autosuggestion, you feel more enjoyable and actually feel that your life becomes lively.

2    To have confidence in yourself

There’s a data; the one of five people who thinks“I have good luck.”can have confidence. Whatever you start, if you have no confidence, nothing would go well.

Please tell yourself the word “I have a good luck.”repeatedly from the moment you wake up to the one you go to bed.

By doing this, as a result, you give an autosuggestion in yourself. And when you don’t suspect the word, you can be full of confidence and whatever you can do easily. By only continuing to wish“I’m the luckiest person.”, you have confidence.

Then, in every scene, your potential ability is shown, I suppose. The people who think themselves unlucky don’t have confidence or fortune. The necessity is autosuggestion to be confident themselves before to have the aims.

As being confident, you have no complaint and become to feel every usual day interesting, so your aim come to be accomplished naturally, too. You don’t need any reasons to have confidence.

In the morning, you only think “I have good fortune.” when you get up；At night,“Today I had good fortune all day,”when you go to bed. As you tell such stuffs yourself and become your habit, you must truly become‘a lucky person’so please practice it

3   Autosuggestion using the habit of talking

We’re often influenced by suggestion when we aren’t conscious at all. The person who always says “I’m tired.”feels that always tired somehow, on the other hand, even if tired so much, he thinks “I’m cheerful, ”he can keep cheerful.

We can say that a habit of talking to mutter casually is also a kind of autosuggestion.

A person who has a habit of talking to say“It’s boring.”querulously actually feels that every day he spends the boring life, on the other hand, who says“Every day is pleasant ”becomes to feel truly a happiness.

If so, let’s change your habit of talking to positive. At first, a person whose habit is negative might feel different that the positive words he said consciously don’t agree with what actually he thinks.

But, as continuing, I suppose even such a person becomes to get used to feel positive indeed.

I suppose some people can’t feel nothing even they’re influenced autosuggestion. But then, they mustn’t be in a hurry because it’s enough effective to intend to take one.

In addition, when starting autosuggestion, you can’t control your emotion so well that easily feel down and tend to get too conscious about doing bad. The important point is to pile the little changes as feeling you can be better little by little.

5   Let’s change yourselves by autosuggestion

If we want to change ourselves we can hardly do it. Definitely, though we try to change the habit until now, it’s maybe difficult to do completely all of sudden.

But we can make an effort as many as we become better. We tend to decide prematurely our own valuation by ourselves. “I have bad point, and hard to talk in public.”;We give ourselves the bad label.

This becomes the excellent autosuggestion. At first, let’s change the habit to give ourselves the negative label. When we almost put the one, we’ll change a positive word. ; “I have good point, and talk with confidence.”

This is a short-cut to autosuggestion.

It’s said who become successful are mostly positive, however, they can be able to get successful only after they can deal with failure and a risk. It’s important not to think only a positive direction thoughtlessly and to assume a bad situation and not to panic in the case of emergency.

And, even as for the public performance, if they worry about the risk too much and are afraid of the failure extremely must unsuccessful people. We don’t turn toward consciousness on the failures or the states of tension too much, but gain to the positive direction using autosuggestion; “I can do it indeed.”

The person who can’t be confident that far should prepare for managing in matter- of- fact way with same feeling as usual at last, I suppose.

7   Let’s be happy by autosuggestion

I really want you to‘change’what you think in your mind‘to a good direction consciously’when you practice autosuggestion. Only this way might be much effective, I suppose.

A person who can’t imagine well should speak aloud to practice, say to you, and persuade yourself. Only this way invites something convenient for you. To practice comfortably and enjoyably is important.

Let’s enjoy practicing; not force yourself eager like “I must persuade.” As enjoying , you ought to feel happiness.

Though we want to be happy, tend to think something negative unintentionally.

Unless we talk aloud, we would fit in into the negative loop once think about negative things in our mind. In such a time, we need to think “I can be happy. I have confidence to be.”

You don’t have to try to do something special for autosuggestion. It’s important to have consciousness that you turn what you usually think unconsciously to the positive direction.

And, we continue thinking or murmuring “I can be happy indeed.”every day;  this is  a shortcut toward the constitution which easily close to happiness, I suppose.

If you want to be happy, you must be full of happiness in your mind. If you can do it, good fortune itself would close to you.

What you can’t react to negative thoughts

7 steps to encourage yourself by affirmation