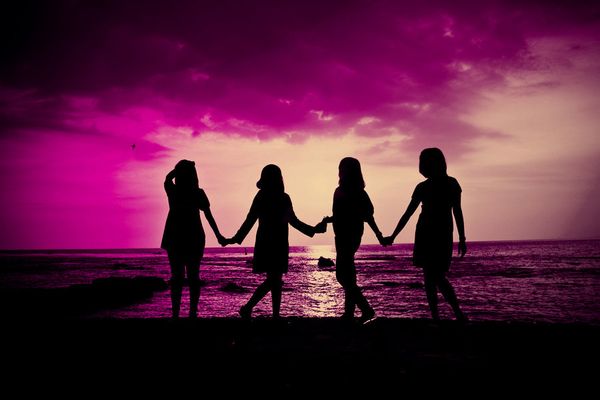 What image of people with blood type A do you have? They are many features such as well-organized, industrious and cooperative.

The number of Japanese people with blood type A is the largest among the blood types. The Japanese are thought to be earnest and industrial by foreigners.

However, there is no scientific basis on the relevance between blood types and personalities. But many people believe the relevance, so I will introduce the features of people with blood type A and how to get along with them.

There are various kinds of people who are well-organized like people who love to take care of someone or love to be relied on. In such a case, you should be a reliable friend for them and respect them.

Nobody hates people who value them highly. And you should thank them every time they do something for you.

However, hard-workers improve themselves every day and have a happy life in their life. But they sometimes want to have a fun for refreshment.

So if you would become a person who can find the right timing to give them refreshment and excitement, you would be able to build a good relationship with them.

Prudent persons hate to take a risk such as misunderstanding, or wasting time. If you can make a quick and right decision, prudent persons would respect you.

However, if you can decide quickly but make many mistakes, they could get frustrated by you. So you should understand yourself first and try to learn carefulness for getting along with prudent persons.

Surprisingly people who are cooperative conform to others sometimes. So if you see them carefully, you might realize they endure something. In such a case, if they try to actively get along with you, they love you.

By contrast, if they do not try to get along with you actively, they might develop stress while being with you. In such a case, you should try to learn their ability to cooperate.

5. Be sensitive to people

Since cooperative people are sensitive to others, they tend to develop so much stress. It is likely that the excessive stress leads to frustration.

In such a case, people who are sensitive to others can relieve the stress. The people would feel safe if there is someone who can pay careful attention to them.

Persistent people could be a sticky. A sticky is the person who cannot forget and stick with failure or frustration. If bad things happen to him due to your failure, they would hold a grudge for a long time.

In such a case, it is important to make up for them. If you could not do so, they would hate you. But you should what you can do for him as much as possible. You will be sure to get back his trust someday as long as you do not give up.

Service-minded persons could pay attention to others too much, and which will do damage mental health and develop so much stress.

People tend to feel sympathy for people who have the same thought and tastes. So if you are treated with consideration, you should return the favor.

If you do not realize the stress, you should be nice to them once and you will be able to realize how they feel stress.

We meet many people in our life and cannot avoid relation with others. Sometimes we encounter someone who does not have good chemistry. Regardless of people with blood type A, we should know how to get along with people.

Way of thinking and act varies from people to people. It is hard to understand people whose personalities are so different from yours, but it is important to actively learn the good points of others to get along with people.

7compliments to Get Along with Sagittarius Personality

7ways How to Find a partner for Taurus Personality

10 things to do before seeing soul mate

Personalities and tendencies of 12 horoscopes

...
Home
For personality, personalities and human relations
7 tips How to Get Along with Blood Type A Personality