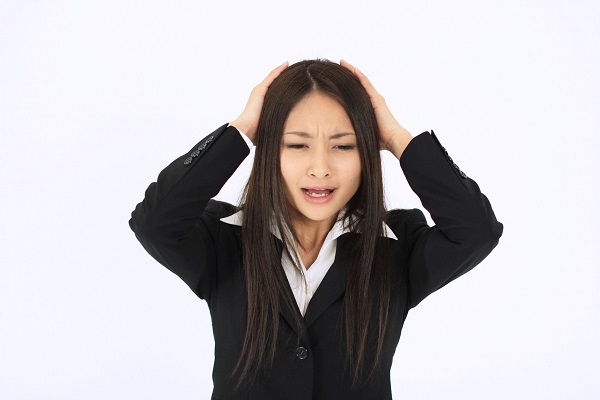 Most people can’t go to the next step soon and wish to get back somehow “I want to be with him again.” How do you do in such a case? You have not only one answer.

7 fearful act patterns to get back ex

1.To fall into self-hate

“What was wrong in myself?!”“I wonder my words cornered him at that time.”
When a love ends,she still thoughts to him more and more, reminding her acts
and words under love, blames herself or regrets.
Of course, it’s important to review her in the past and to reflect with calm eyes.
If she keeps it and makes instruction  as‘One of the life experiences’, it would be a precious and significant.

But if she doesn’t sublimate to there and only blames her, her own mind might become tired and lose energy or shine and also only speed up her self-hate.
That means far from wishing to get back, when he looks at you, at one time might worry about her, but might be relieved “Good to break up.”

She blames herself or regrets and can’t go out of the past; it means the most terrible act that keeps her away from original her who is wonderful.

2. To become a convenient partner

“Stay with me if you don’t love me!”
When you can’t accept possibly to break up with him, also many ladies might think like this in spite of themselves. You might be able to be confused that he loves you only when his smell or touch is close to you even if his feeling is far.
The sense at that time becomes a drug and you are not a steady but look after him, keep waiting his call, meet when only he wants, and goes to bed.

Please remember. The beginning of him.
How busy, how tired, he loved you , worried you, encouraged, talked about their future, friends or family; he surely gazed at you as ‘his life partner.’

How is he now?
He may be kind as well. But, as long as he doesn’t say “Get back again.”, it means you fall a convenient partner, whatever he says with sweet words.
A man despises such a woman in his mind, and takes you ‘another woman’ who is different from the real partner. You were admitted as a real partner at one time, so that you mustn’t fall such a woman.

Please be in one-on-one equal man and woman everywhere even if you lose him.

3. To let you be jealous

“As for the instinct of the man, a man is a hunter hunting.”Surely, a man want to chase a woman whom can’t get easily, and the early period of love, another guy closes around her, he tries to let her look at him heatedly.

But, the relation to you is different. A man is a hunter, at the same time, a very conservative creature. As much as a man hate a woman’s affair, shows rejection.

If now, you hint existence of another man, your partner would tell lightly, “Oh, you already have a new guy. Then, May I stay in another place?”Or he loses an interest more and more, “Since you had been steady with me, you had another guy, huh?  What a slut.”

To let you be jealous is not so good in the case wishing to get back.

A woman who believes “A woman’s value is to be loved from a man.”just tries to fill his fault with existence of another man even temporarily.
I don’t care if she really gives up him and only makes him a step to the next

Step, but if she wishes to get back, she should act to think how he feels always.

Generally, it says a love is in proportion to the time when spending time together. But if she want it the ex-partner, it is surely a stalker act.

For instance, waiting and meeting surprisingly on the way to his home after work, visiting his house on the day before the holiday, going to the restaurant h usually goes……

Unfortunately, while she had been steady with him, he was pleased with such acts but now, they are all fears.

6. To check SNS all the time

Nowadays, some women check the partner’s mails of his cel phone in an unconcerned manner. But it’s a breach of manners. Lately, many women look for his account and can’t stop checking SNS like Facebook or twitter, instead.

Of course, if she is a steady to be known, it’s no problem, but you are now another person because you broke up with him. Everybody doesn’t feel if others check your life.

I can understand how you feel like I have a pain.
I wonder how he feels after say breaking up with me, he feels sorrow, tells somebody to want to get back. And a new woman gets closer.

Kinds of feelings are going around in your heart, aren’t you? But it’s a tenacity of purpose.‘Tenacity’is an ill feeling in your mind, not ‘a love.’

If you don’t have a tenacity, even if you succeed to get back, it would become anxiety, and this time, you might end your love in the worse situation.

7. To try to draw others her side

“Why did you break up with such a nice woman? You can never meet such a woman. You must regret.” Expecting these words; appeals his friends or family‘she was a good girlfriend.’and  lets them think that the breaking up

This is what he hates most. When a woman wants to succeed her love or marriage, at first, tries to draw his friends or family, however, it says, it’s so terrible reputation for a man actually.

Perhaps a man don’t like taking the action that is passiveness like ‘I was urged on around and was made to decide.’ If an ex-partner does such a matter, not a lover……  Aren’t you terrified just to have thought?

The 7 acts I introduced is so ‘terrible’ one for you that a woman wishing to get back tend to do, but at the same time, it halves her original charm, snatches the confidence and the the more fearful one than losing him is that you lose very like yourself.

If you have a man who feels a charm in you losing very like yourself, don’t you accept such a man?
This is not  him but you are happier to meet a man by chance who tells love you smiling easy and naturally.

But doing such 7 acts he, or other men are going away before you know.

Please notice.
As you lost him, he lost you, too. You didn’t lose a charm at all, but current he wasn’t the most suitable for current you by chance.

If you wish to get back, do not act to get him but you become shine more and please go to him who should be attracted to present you some other time. You don’t aim him but your wonderful future, and please be a wonderful woman indeed.

7 fearful act patterns to get back ex

1.To fall into self-hate
2. To become a convenient partner
3. To let you be jealous
4. To rush to a man
5. To stalk around
6. To check SNS all the time
7. To try to draw others her side

7 ways to bounce back from the first big heartbreak

7 gentle music you can be healed after a break up

7 different foods can heal your heartbreak

With the meaning of forget-me-nots☆7 flowers about love

7 unexpected ways to gather yourself up from heartbreak

...
Home
How to heal a broken heart
7 fearful act patterns to get back ex

7 messages with the meaning of Dandelion
9 magics to make your wish come true
9 methods to be lucky with wallet color by feng shui
7 ways to tell your love with tulip meaning
7 lucks we can tell by dream of fire
8 attentions on a dream of heartbreak
7 scary signs you have to be careful dream of snakes
Must-read if you had dream of snakes! 7 ways for happiness
5 reasons why language of white clovers is a bit scary
The 7 Meanings You should know about Hydrangea