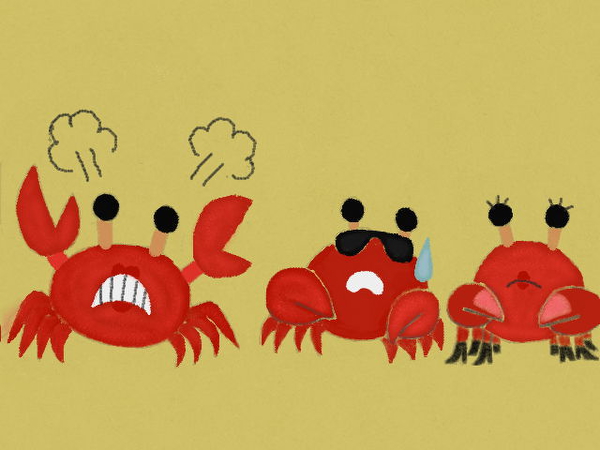 The characteristic love tendency of the man who has a cancer personality is, relatively being passive rather than being aggressive to approach women. But once he is into you, he will face to you faithfully.

This is one of the gesture to make him wanna protect you. He will feel like hugging you when you look cold. He will grab your hands when he sees you rubbing and warming your hands.
Generally, he has a tender personality who is willing to help when he sees a woman who needs a help, so he won’t say ¨Just warm your hands with a fireplace¨ or something like that. He might even put his jacket on you.

2.Play with your hair ends

This is one of the gesture to make him wanna protect you. He will feel like hugging you when you look cold. He will grab your hands when he sees you rubbing and warming your hands. Generally, he has a tender personality who is willing to help when he sees a woman who needs a help, so he won’t say ¨Just warm your hands with a fireplace¨ or something like that.

4.Get drunk in the cute way

Having some drinks is to hit it off with one another. Even if you’re having drink with lots of people or just with him, there’s a thing to be careful. You’ll be still forgiven to start crying or laugh out loud too much, but getting too drunk will be so hated by the man who has this character. It’s also not so nice to approach or lean on him too much.
You better try to look lovely cooling down the alcohol. Anyway it’s better to stop before getting drunk.

5.Embrace him from behind

He is the person who doesn’t really like to be wooed too aggressive. He becomes shy and can’t see their eyes directly when a woman show too much attention. So just show your attention softly rather than being too direct. It’s more affective than telling him your love directly looking at his eyes. As a matter of fact, psychologically, your passion toward him will be easily transmitted embracing from behing rather than talking directly.
This type of guy prefer the heart warming gesture more than the superficial words.

He’ll find you adorable seeing you cooking so hard for him serving dishes with wearing an apron. He’ll be very happy especially if it’s his favorite dish. Even though you can’t make it look great, he’ll still appreciate cooking hard just for him. He’ll eat eventually even if it’s not his favorite. You’ll feel his love for you if he finish the entire dish.

7.Smile always no matter what

Smile makes people happy. So it’s so bad to show the irritated face to the cancer guy. He’ll feel very happy to see you always smiling only for him.
Even if he says something wrong, don’t show your anger. Try to smile always even when you point his mistakes, talking gently, he’ll understand you.

So, how was that?

Not only the cancer man, but also most of the men loves the women who makes a adorable gesture. But the cancer guy is a bit maniac about his favorite women gestures, he prefers something much sweeter than the other. He doesn’t like some ¨mommy type¨women who nags, he loves a woman whom he wants to protect more. At the same time he will be attracted to a haimish woman. Most of the cancer men will never cheat once he decides that you’re the one. Some women might feel not enough to this type of guy, but he’ll most probably be a very good father. So to get the cancer man you should always try to be sweet and adorable rather than being direct and aggressive.

1.Lean on him
2.Play with your hair ends
3.Lower your long sleeve completely
4.Get drunk in the cute way
5.Embrace him from behind
6.Cook for him
7.Smile always no matter what

7 ways to handle Gemini personality for a relationship