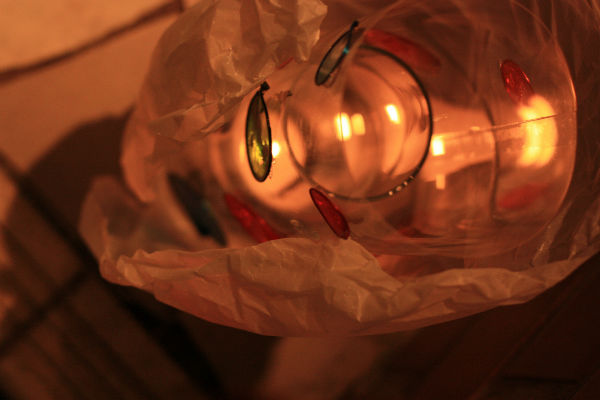 No.1 Take them to romantic places.

There is a romantic side to them, making them susceptible to romantic moods. Night views, amusement parks etc. let’s take them to somewhere really romantic. A place which encourages the feelings of you and them is the optimal place to please them.

As Cancer females have a strong hope to be the same with others, you don’t have to take her anywhere unusual. Taking them to a hot place to visit will make third day.

No.2 Give her lots of kind words.

Kind words make anyone happy, that’s even more so with females, kind words and compliments increase their affection towards you. Especially, Cancer personality has a feminine side to it.

Cancer females have a high self-identification of being female, and are good at allowing themselves to be coddled with males. Let’s give them lots of kind words and make compliments on their feminine sides.

No3. Appeal to them you’re devoted to your family.

“Treasuring family” is recognized as one of the cancer personalities. They show interests in things related to home, such as family and relative associations, and also, bonds and my home.

They also have a personality trait to feel secured by being with someone with the same feelings. So, to cancer females, appealing that you treasure your family will also appeal to them that you have the same sense of value as them.

No.4 Show your vulnerable side, ask for an advice.

Cancer females also like taking care of others. They have a motherly nature and good at working for others. They will think what they can do to help you if asked for an advice, and see a vulnerable side of you.

And also, they have a curiosity to know about others. Talking about yourself will make her more interested in you. And also, you will gain trust from them by occasionally showing them your vulnerable side.

No.5 Don’t force things out of them.

Till then, it will be wise not to force things out of them or be nosey with them.

No.6 Don’t blame them even if they fail.

Their innate sense of defense is strong, and they have an emotional characteristic. So there are cases in which they go into hysterics when they’re blamed intensely when they fail and also, put the blame on someone else.

They have a good adaptability and highly realistic. They also have the ability to manage to a degree. There are times their failures don’t make real failures, don’t blame them too intensely.

No.7 Sympathize with them.

Cancer personality likes to be the same with the other people, and doesn’t like stepping out from the crowd. What makes them happiest is sharing the same view and feeling in the same way about it.

A sense of being the same with someone else and being understood that also make them comfortable. Even if there is a distance between you and them, you will gain trust from them step by step by sympathizing with them.

No.8 Appeal your sincerity.

What women who are realistic and defensive want is a sense of sincerity. It may be difficult to form a relationship in which we can put the same degree of trust as we do in our family.

But by trying you will gain something very important. Showing them your honesty; being vulnerable at one time and struggling to be stronger at another will appeal your sincerity to them.

Cancer females are realistic but on the other hand, they are susceptible to romantic moods and easily fall for love. They rarely take actions though, even if they like you, nothing will happen until you take the action.

It won’t be personality of cancer females if they can take actions. But that can be a good thing if you see it in another way. You will get closer to them if you can take the lead with them.

How was the article? Cancer females rather, have a high sense of defense and conservative thinking in which they treasure themselves and their families, than have façade and honesty.  So, let’s start with understanding that.

The moon affects cancers. Like the moon, they don’t try to stand out on themselves, but they can shine by influence of others. How lovely, will it be to become friends with them and shine them?

No.1 Take them to romantic places.
No.2 Give her lots of kind words.
No3. Appeal to them you’re devoted to your family.
No.4 Show your vulnerable side, ask for an advice.
No.5 Don’t force things out of them.
No.6 Don’t blame them even if they fail.
No.7 Sympathize with them.
No.8 Appeal your sincerity.
No.9 Be persistent.