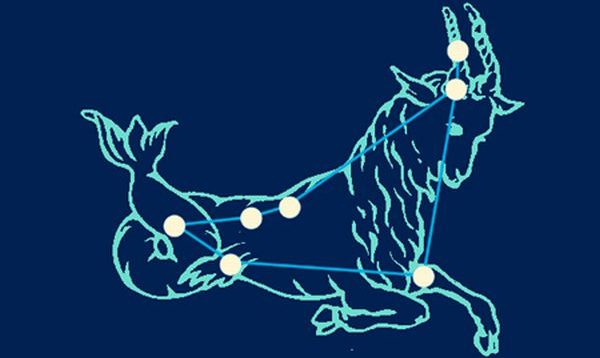 What’s your impression of a Capricorn man? They are considered to be difficult to become close with, and stubborn. But if you learn about Capricorn personality more, you will be able to get close to them.

You don’t have to think that you can’t get close to them because of their personality. Learn about the Capricorn personality and have a good relationship.

Today I’ll introduce you 7 features of Capricorn personality. I hope this article will help you.

Be punctual and keep your promise

Capricorn people are strict and serious anyway. They hate unpunctual people. If you came late for the date, he will be patient and won’t say anything, but you will not have the second date anymore.

They hate people who don’t keep a promise. Remember not to say or do something irresponsible, or they will hate you. It’s the best way to show them your serious attitude.

Show the difference between ON and OFF

A Capricorn man doesn’t try to have a friendship with women. But in business or a intimate group, they care about friendships.

If you want to take a next step to get out of the friendship, show him your reliable aspect, or wear tidy outfits such as suits or a company costume. On the other hand, wear something sexy when you are off. A cloth that you can show your back would be great. By showing him your different atmospheres, he will pay attention to you.

Act as a mature and hard-working woman

Not a lot of Capricorn men get obsessed with a romantic relationship because they are always busy. So they tend to see a woman as a partner, sometimes as a brand. But they often think about a marriage.

So they tend to look for someone who deserves their status as a partner of their life. But if they know that they aren’t very successful, they try to marry a rich woman to make themselves better by the marriage.

Anyway, Capricorn men are not interested in an unreliable woman. A woman who always makes efforts and become serious to anything looks more attractive to them.

Be a good listener to earn their trust

Capricorn people have passion but they don’t show it to others. Therefore they are not good at expressing their feeling to someone they love. As a result of that, they get married either very early or very late.

Pay attention to what a Capricorn man says. You shouldn’t talk too much. If you get to hear his true thought, it means he already trust you very much.

Tell your opinion, but still respect him

A Capricorn man likes a woman who has her own opinion. If you can earn his trust, he will talk about anything with you. But you can never tell him a harsh opinion or hurt his pride by denying his personality.

If you think he is wrong, tell your opinion in a softer way such as “It’s true, but I think XX.” You can’t say yes to anything he says, which is not reliable. He doesn’t like a woman who just follows his opinion all the time.

Always be there for him

A Capricorn man looks like he is ok with being alone, but actually he is very shy and therefore he isn’t good at expressing his feeling. He is sometimes left behind even if he doesn’t like to be alone.

So always be there for him, and you will be able to get close to him. For a Capricorn man who never has a friendship with women, you are nothing but a partner if you are always there for him.

Have the same set of values

Capricorn men are very strict, realistic and serious, so it sounds hard to be with them. But they also have a personality which is soft and flexible. However, if you are easygoing, it’s going to be tough to be with them because they are strict especially about social rules, morals and discipline, though you can still expect a stable life with them.

If you think it’s too hard, you won’t be able to marry a Capricorn man. But if you have the same set of values with him, he and you will become the best couple.

A Capricorn personality sounds difficult, but if you get close to them, they will be a great partner. They don’t like weak and dependent women. So always have your own opinion and polish yourself. You will become the best partner of a Capricorn man.

・Be punctual and keep your promise
・Show the difference between ON and OFF
・Act as a mature and hard-working woman
・Be a good listener to earn their trust
・Tell your opinion, but still respect him
・Always be there for him
・Have the same set of values