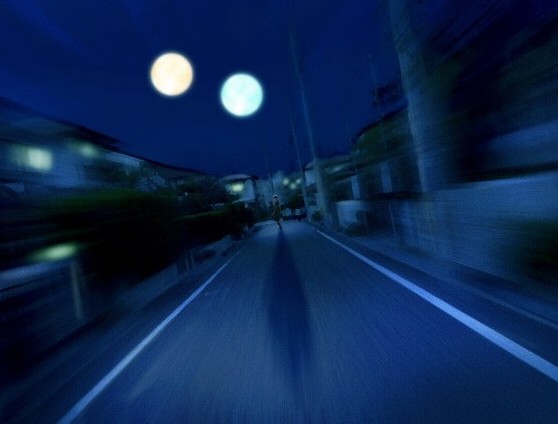 Many people might have experienced for being chased in a dream once. You can never relax because of the fear and anxiety by dreaming such things. Even if we know that it’s just a dream, it’s not fun to be chased.
Especially when you’re chased to a dead end or don’t know why you’ve been chased, it means you have anxiety.
A dream which you’re chased has various meanings depending on by the situations or who. So when you dream it, try to understand the meaning and be careful.

1.Being chased, but somehow you manage to run away….

Isn’t it tiring to be chased  in a dream? You’re chased by something/someone but if you manage to run away somehow, actually it’s a lucky dream. Being chased means you have some anxieties. But if you manage to run away, it means you’ll get out from the current difficult situation and something new will happen on you.
New big environment will be waiting for you in the future. So what you have to be careful is, not to deny the new changes or not to think you can’t handle it.
Look forward and accept the new changes make good chances to happen. Don’t let go the lucky dream.

2.You run away, but you’re captured….

It’s aweful to dream being chased and captured. It means that it’s meaningless to run away from the current problems. It’s a dream which signify that your mental state is trapped. You might have many troubles or anxieties now but you can’t ignore them. Face them and try to find the solutions.
So when you dream this, try to think that it’s time to face the problems and prepare yourself.

3.Being chased to a dead end….

Someone is chasing you around and you run away…in the end, you’re stuck to a dead end…Chaser is coming closer and closer to you…Such a dream signify your fear.
You might be confused by your surrounding situations or captured by your own rules. Maybe you lost your confidence and feeling suffocated. Also people tend to have such dream when one’s feeling guilty for having the sexual desire. Perhaps you should look at yourself again and try to find the solution to dissolve your stress.

Even if you succeed running away, you’re chased again and again…it’s a horror! And this kind of dream seems so real.
When you have such dream, your body condition might not be so well. You’re tired mentally and physically, meaning you’re unbalanced. You might have some medical problem.
If this dream continues, go and visit your doctor or take a long holiday to rest.

5.Running away desperately rather than being chased…

When you’re chased in a dream, it means you’re feeling scared of something. Your mental state might be in a dead end. Maybe your exam is coming soon or you have very important presentation to do soon etc…you tend to dream this kind when you’re in such situations.
It doesn’t solve anything just running away, so take a deep breath and accept your fear.

6.Who is chasing after you? Man? Woman?

Not only the chasing situation, but also it changes the meaning of the dream by who is chasing after you. For example, if you’re female and chased by a man, it means your wish to have a relationship with someone. Meaning, you’re hoping to feel the love from a man. When you dream such thing, take care of yourself and spend some time with your friends first. Spending the happy time, you’ll have another view to look at a person.
If you’re chased by the same gender, it means the person is yourself.
You’re running away from your hated part. Anyway it’s you, so take care of yourself well.

Not only a human chases after you. It might be an animal or insect. If it’s an animal, it varies the meanings depends on what kind.
For example, if it’s a dog, it symbolizes a father. Not only your real father, but also the existence like a father. It could be an older boyfriend. And if it’s an insect, it symbolizes a mother or a boss at your working place. Chased by a big dog or insect means you wanna be admitted by this person at the same time you don’t wanna be under his/her control.
It means that you wanna be independent, but don’t force yourself too much and take it easy.

8.Chased by a monster or alien! Something mysterious….

If you’re chased by something abnormal like a monster or alien, it means that you’re having a strong anxiety. Dreaming of non-exsisting creatures means you’re confused and don’t know how to handle it. If you succeed running away in a dream, it means ok but if not, you have to face your fear. Just look at yourself deep inside and find what your actual fear is.

So, how was that?
It happens to dream being chased, but it has lots of meanings.
But in any case, it means you have an anxiety which you can’t explain. You might be exhausted both physically and mentally.
Whatever it is, just try to relax.

7 knacks to understand what the dream meanings show

7 happy messages from Dream about fire

7 things to be careful from dream of a fire

...
Home
Dream divination, dream diagnosis
8 to be careful for being chased in a dream