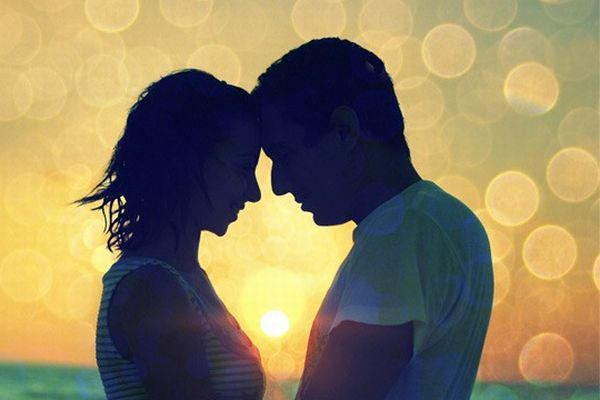 People who have reached the turning point in your life, people who have no chance to meet new people or people who fall in love with someone they do not know much about them should make the use of compatibility horoscope to see if the love is true or not. You might be disappointed at the result of it if you would get a bad result because it is said to be very accurate.

However, you should not give up the love even if the result would be bad and should not believe too much of it. Fortune-telling is just a piece of advice or warning. If you would get a bad result, you should accept the advice and try to improve the situation.

You would not have to be so nervous because just solve some problem would be O.K. And also even if you would get a good result, you should not fly up into the air. You should use compatibility horoscope as a guide of happy life.

First, this tells your inborn personality, chemistry or personal relationship according to your birth date. Next, if you have someone who you want to know chemistry between you, enter his birth date.

The site displays the image of Maya’s birthday symbol after the fortune-telling. Print out the image and share it with people who you love, and which has good effect on the relationship. Even if it is difficult to share the image, just keeping it alone would attract his attention.

This web site offers onomancy by entering your name. It has a good reputation for romantic matter so it gives you a good advice for marriage. The result of chemistry is displayed in percentage and it also gives you advice for fulfilling your love. It could be a guideline to get the bright future. The site also offers naming advice.

Rokusei Senjyutsu is a kind of statics that was developed four thousand and several hundred years ago in China. In the fortune-telling, people are divided into 6 groups of the fate stars according to their birth date.

It tells your personality, chemistry, fate from the cradle to the grave like terms of bad luck. Anyone cannot change the fate star because it is decided by birth dates. The website also offers compatibility horoscope.

Half sum is the new theory of Western astrology. Existing astrology only focuses on the position of the stars, but half sum focuses on the spots between the stars too. Especially as to compatibility horoscope, existing one has a weak point in the house system. Half sum overcome the weak point and gets a good reputation because of its high hitting ratio.

This web site is very popular because it includes many good points of other web sites I introduced. You don’t have to surf websites because just using this site will do.

This site uses Four Pillar astrology, Kyusei kigaku, Western astrology, biorhythm and Numerology. You should check up the website.

Let’s divine compatibility between you and him in a previous life. Your bond will be sure to deepen with it.

Orient numerology is the numerology. First, enter your birth date and name, and you would get a number from 1 to 9 and the master number 11, 22 or 33.

This fortune-telling is based on numerology and added an orient interpretation.
http://www.orient-numerology.com/service.html

Let’s find your birth number and fate star number by entering birth date and your name and find out compatibility between you and him.

There are many kinds of fortune-telling. As I mentioned in the article, when it comes to compatibility horoscopes, it is important to accept the advice, take it lightly and be careful not to be obsessed with the result. Some fortune-telling addicts never make an effort and rely too much on fortune-telling. That is very dangerous.

No matter which the result is good or bad, if it is true, you should accept and improve. I introduced fortune-telling websites like Mayan, ancient statistics or previous life, so the result may vary from the web sites. But they are very accurate.

But fortune-telling is just guideline to your future, so you should not be obsessed with it. I hope the compatibility horoscopes will help you.

Personalities and tendencies of 12 horoscopes

7ways How to Find a partner for Taurus Personality

7compliments to Get Along with Sagittarius Personality

10 things to do before seeing soul mate

...
Home
For personality, personalities and human relations
Compatibility Horoscope for Meeting Your Fate