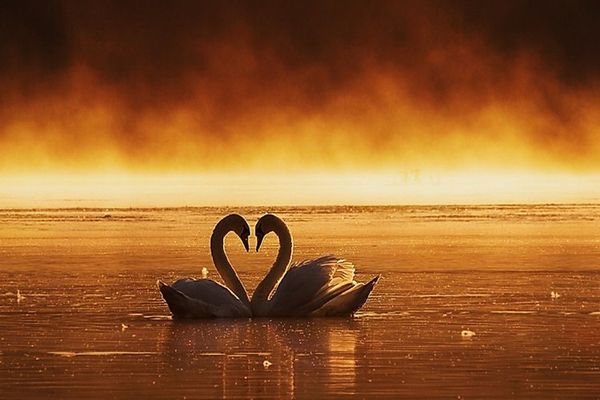 Today I will introduce 7 accurate compatibility horoscopes. Each one has its own distinctive feature and strong point.

Traditional Compatibility Horoscopes You Should Know

Four Pillar Astrology is a fortune-telling born over 1500 years ago in China. It was called “Emperor’s study of fate” in ancient China because of its high accuracy and difficulty. It is said that it used to use when to make a decisive decision in politic or war.

It is combination of “Four Pillar” decided according to birth year, month, days and time, and zodiac signs. Four Pillar astrology have been taken over by fortune-tellers from 1500 years ago in China. It has become quite accurate because many fortune-tellers work hard to improve it.

It is said that Four Pillar astrology can tell you almost all of yourself such as compatibility, health, personality, nature, dispositions, taste, work, future, today, past, fate or even time of death according to its theory.

Sukuyo astrology was born around 3000 years ago and is based on “Sukuyo kyou” created by Monjyu Bosatu known as God of intellectual. It was brought in Japan by Kukai known as Koubou Daishi.

The fortune-telling uses “Shuku” that is based on the moon orbit which is divided into 27. And it tells your fortune according to the relation between your birth date and the “Shuku”

It is said that Sukuyo astrology was forbidden because of its high accuracy by ancient man of power. It tells you not only your inborn personality, ability or sociability but also compatibility and daily luck.

The way of telling is similar to Western fortune-telling like horoscope. It can tell your fortune specifically and has good reputation about romantic luck. In Taiwan and Hong Kong, it is very popular and become a part of people’s life.

You might not have heard about “Sanmeigaku”. How about “Tenchuusatu”? “Sanmeigaku” is the fortune-telling uses birth date and zodiac signs and, it is based on “Onmyougogyousetu“.

It is said that Ancient Chinese strategist “Kikokshi” come up with the basic theory of it and Yoshimasa Takao brought it in Japan and made it popular as “Takao Snmeigaku” after the Pacific War.

It can tell your personality thought, fate, trend, or disaster according to its theory. Sanmeigaku is the statistics based on science and anthropology.

“Zero star astrology” is derived by Misayama Uhiko. It tells your fortune and fate according to the 6 zero stars decided by birthdates and 12 stars like Mercury, Jupitar, Mars, Saturn or Uranus.

However, Zero star astrology is said to be based on Metaphysics. So it is the fortune-telling based on Zero Gaku.

It is the fortune-telling that tell your fate according to your birth date derived by Kazuko Hosoki. It is based on ancient Chinese Bannshou gaku, Sanmeigaku and divination lore. First it divides people into 6 star types “Saturn”, “Mercury” ”Jupitar” “Mars” ”Uranus” and “Venus”. And then they are divided into yo(＋)or In(－). There are 12 types in total.

When it comes to the Six Star astrology, there is a 12- year luck cycle and is three-year bad period among the cycle called “Daisattukai”. You should be careful about your behavior or you would encounter bad luck and trouble.

Bokujyutu is the fortune-telling that tells your fortune with some items like cards or dices according to the result.

It might remind you of tarot cards. Bokujyutu is suitable when you want to know something that changes soon like “I wonder what he is thinking about me”, “Which should I choose” or “Which ways I should take”

However, the more likely you will be able to make the most of it, the more you learn about yourself like your gift, personality or fate by Meijyutu. So you should learn that sorts of things before you try Bokujyutu.

By the way, in Bokujyutus, it is said that you should not ask the same question so often. But if you feel the situation change, you would become able to ask the question again.

Although new fortune-telling is born almost every day, its origin is statics. Fortune is never fantasy or magic because it is definitely based on the study.

Especially, kinds of Meijyutu I introduced today have high accuracy. This is because it has a long history and is improved everyday based on the great amount of the data.

You can do it easily online without knowing the background of them. So let’s try them. I hope the article will help you.

Traditional Compatibility Horoscopes You Should Know

7 predictions from dream about fire

Dream of white snake is lucky to win lotto

Got pregnant? 9 means of pregnant dream

7 messages given by the dream interpretation of “snake”