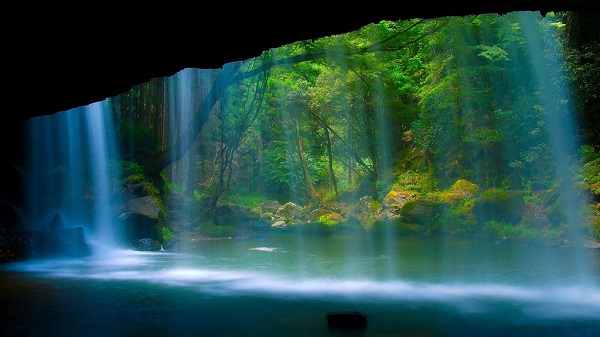 Have you ever heard of the saying, “You can never tell whether a prophecy will hit or miss” before?

This saying means you shouldn’t trust what prophecies say too much as they can be right at one time and wrong at others. It’s used when a prophecy tells you bad things such as when you drew the worst ill of luck in fortune telling slips.

By the way what’s a “prophecy”? Prophecy means 8 different kind of shapes, they are made by dividing blocks representing the positive and negative in divination.

Those 8 shapes represent water, fire, wind and mountain which form the underlying structure for elements of nature, and the world. though this brief explanation is on the line that extends to a grand philosophy of the positive and negative principles and natural philosophy,

Divination may not be familiar with you compared to astrology and tarot card reading. But by learning divination even slightly and having it incorporated in yourself, you will be able to take different approach than before, to enhance your fortune.

Now, I will introduce you 7 things to attract happy fortune using divination

7 tips to attract fortune by divination

No1. Research the beginning of divination and its history.

Fortunate telling, what we call divination is like a compiled bible which broadly covers a various kinds of study fields such as Natural science, ethics, the positive and negative philosophy and statistics it’s completed about over 3500 years ago.

In practical fights, divination was useful it has had a great influence over not only daily lives of people but also, structuring the nations. Let’s research the beginning and its history of divination as if to acquire a new trivia.

You will find new meaningful knowledge and stimulations that you won’t otherwise able to lean in your daily life. That famous phycologist, Yung is also researching divination and has used it in his counseling for real.

These meaningful knowledge and stimulations will bring good fortune to you.

No.2 Probe into what divination is in your way.

When you start researching the beginning and its history of divination you will be surprised by its outstanding amount of documents and the grand history.
And more you learn more you will find divination difficult and complicated, and you may start getting tired to continue your research.

But, how about grasping a meaning of divination in your way?
To some people divination seems more like study rather than “fortune telling”.
(Divination doesn’t require your birthdate and such”)

You will see the grand vision of universe by researching the basics of divination, “Origin of the universe” “both matter” “four elephant” “fortune-telling”.
Also you will surely gain something from learning things such as the philosophy of origin of the universe as it’s not able to learn through our daily lives.

It may be difficult to feel divination familiar to yourself.

How about trying online free divination telling in the benefit of the internet?

No.4 Have your fortune be told by a divination teller for real.

The number of divination tellers who tells fortune by using long bamboo sticks called divining sticks has been on the decrease.
But still you will find some if you look for them on line.

No.5 Try divination telling yourself

As for the ways to use dices and coins for divination telling, they’re available in books and online. How about giving it a try?
You will feel proud of yourself once you’ve learned and become able to tell your own fortune through divination.

No.6 don’t grief over even if you’re given a bad result by divination. Think and how to take actions

Divination telling gives us messages for the future, and the future keeps changing according to how we spend the “Now”.
Even if you’re given a bad result by divination telling, accept it and think how to act in order to reduce the troubles.

This is the real purpose of divination telling.

No.7 Listen to your voice from the subconscious mind.

The divination telling is mysteriously told that’s your own message sent through the subconscious mind.
And Not hearing the messages and then ignore, it will be important to think what actions to take as how we react to the messages can be the key to inviting good fortune.

How was the article? Divination telling is not very familiar in our daily lives, but you may want to think this opportunity to learn the world of divination.

It makes me happy if the things I have introduced in this article could be of any help for you to achieve a happy and satisfying life.

7 tips to attract fortune by divination

6 ways to develop a potential with talent

9 biorhythms of fortune with destiny number

To have relations with friends by zodiac personality

...
Home
Personality and divination
7 tips to attract fortune by divination