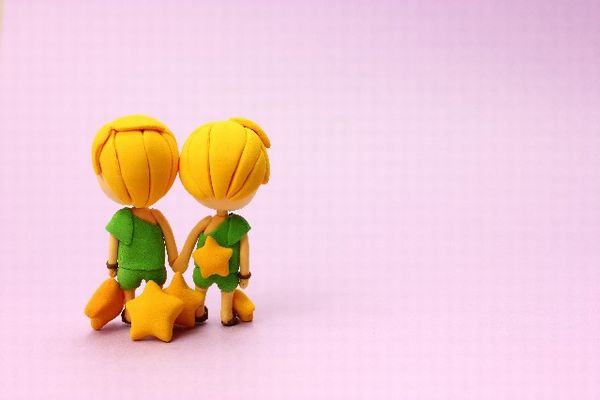 Gemini personality is said to be two-sided, but somehow it’s attractive. Here are some tips and advices to get along with people who have Gemini personality for business and relationship. It’s not difficult to understand how you should treat the personality, but be careful not to be taken in by them.

Be open and don’t play a game

People who have Gemini personality tend to a wide and shallow relationship. They look cool, but sometimes passionate. But they don’t try to get deeply involved in anything because they see things in an objective way. Therefore, it’s difficult first to have a deep relationship with them.

If you try to get close to them, you will be shot down. So talk to them with an open attitude so they trust you, then you will lower their defenses and become intimate with them.

Let them be a leader of a group

People of Gemini get bored easily. They don’t like a routine and therefore they need changes all the time. So they are very good at doing many things at the same time.

Because of this personality, many Gemini people are subtle and clever. To make the most of their ability, you need to let them do diplomatic things using knowledge and words. Let them be a leader of a group and do a negotiation and social things.

A lot of Gemini people have a great deal of curiosity. They used to ask questions about anything since they were small, so if they got decent answers, now they are very knowledgeable. Because they are always curious about anything, they are good at collecting information.

Because they are clever and have a lot of information, they are better at a invention or a discovery of something than at a simple task like a research. When you talk to them, they may ask you a lot of questions because they are just curious, but it doesn’t mean they are interested in you. So don’t get your hopes up if the person is a opposite sex.

They also tend to have mindless chatter, so you shouldn’t take it at face value. But they get serious when you show your trust. Therefore, if you want to have a serious relationship with them, don’t play a game and just be honest.

Gemini people are great at talking and therefore they create a good atmosphere. But they sometimes exaggerate things or tell a fake story to make it funnier.

They have a great communication skill, but you shouldn’t be serious with their talk very much. They are also adaptable to people and have a good imagination, so they are very good at sales and business entertainment.

Having a big mouth and not being responsible for what they said. It’s another feature of Gemini personality. You better not share your secret with them because they might disclose it to others.

They are open and cheerful, and always in the center of a group. You will not be bored being with them, and sometimes they will cheer you up when you are down.

Understand that they are loose

The bad feature of Gemini personality is that they are loose. They are bad at lending and borrowing things. They don’t care about borrowing money, and they even forget about it. If you have to lend money to them, don’t expect to get it back later. If you are not ready for that, the relationship with them may be very annoying.

Gemini people hate the word “responsibility”. They don’t like a custom or a rule because they want to get out of a routine. They tend to make a promise easily, but don’t take it seriously.

Probably they forget the promise on the next day, or pretend to forget about it. But when it comes to a job, they work brilliantly being free and a hard worker.

Creative jobs such as a planner of recreations or parties will be the best for them. They must be in the center of the party and create a great atmosphere.

Gemini personality is considered to be fake, two-sided and loose, but they shine in the center of a group. They can be a leader of many people. Sometimes it’s hard for them to gain trust from others.

But they are still likable. If you have a good relationship with them, they are unique and never boring, and they will give you fresh wind all the time. The freedom is the most attractive feature of them, which we can learn from them.

7 messages with the meaning of Dandelion
9 magics to make your wish come true
7 scary signs you have to be careful dream of snakes
7 ways to tell your love with tulip meaning
9 methods to be lucky with wallet color by feng shui
Must-read if you had dream of snakes! 7 ways for happiness
7 lucks we can tell by dream of fire
Blood type O personality and behavior!
7reasons Monstera Floriography Has Good Effect on Home
7 to be beware having dream of pregnancy