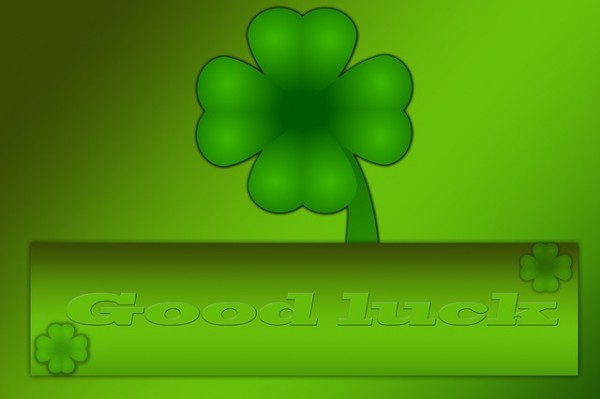 This means even if a person is given medicine that can cure all illnesses, if a person doesn’t believe its effect then even a simple cold cannot be cured. Which means, our brain is controlling all organs of the body and if the brain believes something is real, then it becomes real to other parts of the body. I would like to talk more about this placebo effect using good luck images.

-The origin of the word placebo is “I shall please”

The word placebo originally came from the Latin phrase meaning “I shall please”, and this phrase was used because doctors were to please patients.

This shows that the important thing for doctors is not to expect the effect of treatments or medicines, but to think about what patients are thinking, whether they are doubtful or believing.

More popular the image is, more effective it is, and effect increases commensurately with expectation. Dependent type thinks “it gave me hope” “it really has effect” and completely passive, and often thought to be believing in something too strong that “good luck images will bring me happiness”.

However, possibility of danger increases commensurately with your expectation. You will become not to make any effort for yourself and tend to become not try to be happy for yourself. This may be is one of the most famous example of placebo effect.

On the other hand, self-contained placebo doesn’t believe good luck images blindly, and a person knows that placebo effect is caused by own brain beliving in something. You can be positive and your action changes along with your belief, so it will lead to long-term accomplishment more than dependent type placebo.

Instead of thinking “the subject of belief will bring you happiness and makes everything to better direction”, knowing that “the belief itself has the power” leads to good effect. Lucky charms are example of this, that by beliving “I am protected” you can act positively.

-To think positively is important

The power of assumption is very strong that experiment of placebo experiment in the past showed that prisoner who was completely healthy even without a single wound had died from just assumption. Assumption is not only derived by yourself but also affected by words of others.

Same thing can be said to good luck images. You want to believe them but if you are told “you are fooled” “you shouldn’t believe such things” or “that is doubtful”, then you might start to think “may be that’s true” and even truly effective thing can lose its effect. It is of course important to believe words of others, but don’t believe only bad things. Always have an attitude to believe positively.

-Believe with effect of images

One of the famous good luck images is the picture of Akihiro Miwa, Japanese singer and actor. He has dyed hair yellow, wearing gold clothes, and the back ground of the picture is gold as well. Because everything in the picture is gold, it is believed to improve luck in money.

Gold is originally the symbol of expensiveness, and has psychological effect to make people feel that it is special and expensive. This somehow connected to placebo effect and became popular that it has some good effects.

It is very simple but very important. It is more persuasive to use a beautiful model or actress in beauty salon advertisement rather than using comedian who seems not interested in beauty. The image is important.

Do you know what conditioning is? The famous thing is “Pavlov’s dogs”. This experiment repeated serving meal to dogs after certain sound, and after a while dogs become to drool by just hearing the sound. The placebo effect is often said as “conditioning”.

For instance, you are to change the picture of standby screen each day of the week, and lucky things likely to happen with certain picture. Now you believe that “this picture has effect” and spread it to others. This is conditioning. This is one of the autosuggestion, but some people have actually became happy be believing, so it’s not necessarily wrong.

-Be careful with fraud

In general, placebo effect is when a doctor gives patient a normal medicine saying “this is very effective medicine”, and a patient who believed a doctor showed improvements. “Who said it” also affects the result. In other words, it is difference of persuasion.

There are many good luck images for free while some ask you to pay for them. “Because famous fortune-teller says so”, “because that celebrity is using this picture as a standby screen”, such words are used even in religious groups and many people are fooled. It is best to use trusted  website, and enjoy good luck images by taking it easy and carry as just a lucky charm.

Whether you believed in good luck images or not, please be interested in “placebo effect” and think about many things. Please don’t be one-sided and deny them as “I don’t believe them” or “they are not effective”, but have positive attitude thinking “it is OK just to enjoy them”. If you are blindly believing them, please think “not only believe but make effort as well”.

Marguerite Meanings and your Charms

7 things to remember in giving birthday gifts for boys