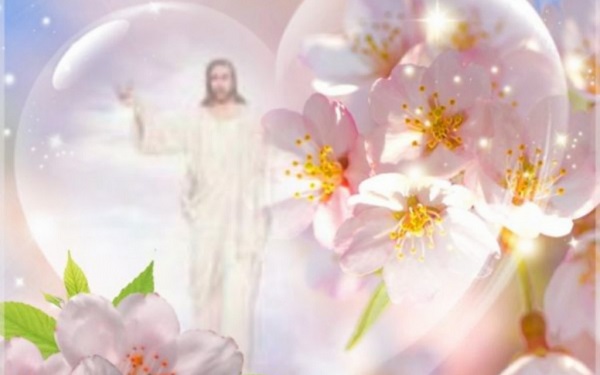 Do you know “good luck images” or “good luck standby display”? They are pictures of celestial things or good luck symbols like a 4-leaf clover, which are especially popular among high school student girls. The main purpose of these pictures is to have them as a standby display of cell phone to attract happiness, or spread them on internet to distribute happiness to others.

Of course, not everyone can be happy with these images. There are people who became “happy” and “nothing has happened” at the same time. So today, I’d like to tell you my opinions of why spreading “good luck images” on internet is meaningless.

-End the effort to be happy by yourself

Lucky charms are like going on a diet. It is as same as you can’t lose weight by just taking supplements, you can’t be happy by just having lucky pictures. If you have a thought “I’m OK because I have this image”, you would stop making effort to be happy. You will become stupid without studying, you will gain wait without excercising. Luck in love won’t get better by just looking at him, and luck in money won’t progress without working.

For higher possibility to be happy, you need to make some effort.

-Meaningless because it is no real

It is often seen that girls crouch in the weeds by a creek or something, looking for a 4-leaf clover. They are doing it to carry a 4-leaf clover with them, which is a symbol of happiness. But does it have any meaning if you carry it around as a picture? Do you think you can really have the positive power by having picture of glorious shrine as a standby display?

Thinking in this way, I think having actual 4-leaf clover or buy an actual charm from the shrine seems to be much more effective.

-Kind of an “unhappy chain letter”

Don’t you have an experience of receiving chain letter with an image saying “you will be happy if you send this to 7 other people”? Following that message, there is often a threatening remarks such as “or otherwise you will be unhappy”. Do you really become happy or unhappy with such two sided thing? As long as there is no scientific evidence, good luck images are as same as “fraud”.

You can forgive if it is for free, but if you have paid some money for the image…Some images on internet are with computer virus. Because of recent improvement on modernization and informatization, good luck images can be “unhappy images”, so please be careful.

“God’s hands cloud” once became popular. It was a photo of cloud that looks like hands. It was believed to attract happiness, and many people had this picture. However, it was reported to be a composite image. It maybe acceptable if it’s a picture of something blessed, but what is with an image composited by ordinary people without any special knowledge or good luck? We are not made that easy to become happy by just going along with a craze.

-Just became popular by people who were crazy about it

Suppose there was a person who spreaded an image, and it was “natural result” that it had no effect. This person thought he/she can be happy by spreading an image because he/she “saw the information somewhere”. On the other hand, have you ever seen any website saying negative things such as “it has no effect”? It is a characteristics of Japanese, “rule of majority”.

Because more people say so, it is true. Opinions of minority are turned down. We don’t know the truth, so we go along with majority and practice it. The result of it must be “it was meaningless”.

-Happiness is just a probabilistic “accident”

We see words like “this image makes you lucky”, but it is of course not true for “everyone”. It is just that a person who had that image happened to become lucky. When we have fortune in our daily life, we tend to relate it to something. Good luck image is a good example of this.

There should be at least one lucky day in a month. If the luck continues, that person must have made some effort and it is a result of being admitted. It is just that people who have certain image became lucky in relatively large number. It is not a magic that it is impossible for everyone to become happy.

-Not an image itself but its contents are attracting luck

People who became happy with an image, for instance, might became happy with not only an image itself but with its contents. To be friends with someone, most people talk about “what they like in common” to start with. For example, you can show “a picture of good luck cat” to someone who likes cats, and pictures of places can be used to talk about “traveling”. It is of course that you can’t become lucky by just spreading images in the world of internet. You should think carefully how you should act to be lucky.

-It’s impossible for everyone to have same luck

We often hear words “happiness should be distributed”, but there are some happinesses we can’t do so. For example, if you and other person loved a same man, you can’t split him in half. We humans have acquired happiness over someone’s unhappiness.

Because someone became happy with a certain image, that doesn’t mean you can be happy as same.

Keep good luck image as a “lucky charm” just for yourself, and try not to miss subtle happiness around you.

Was it helpful for you?

I wrote lengthy explanation, but I’m not trying to put down those who believe in good luck images. To believe something is a good thing. However, belief shouldn’t hurt someone. “Unhappy chain letter” led to several crimes in the past. There are warnings for good luck images to avoid causing same thing.

Being meaningless might be a result of many people being cautious about these images. On the other hand, those who couldn’t become happy by spreading images on internet were being too much dependent on images and did not make effort. I hope you can find various ways to be happy.

7 phrases of heartbreak quotes to get better

How Marguerite Comforts a Maiden’s Heart

7 Ways to Get up Love Using Azalea Meanings