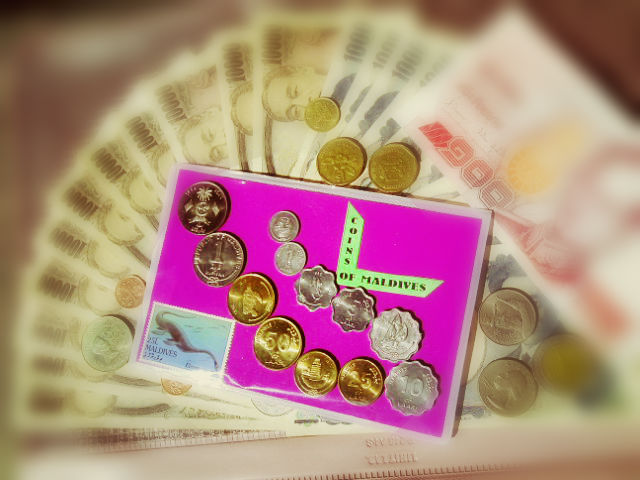 I want to be rich! It’s a dream every one of all ages and all countries aim for.

We feel as if our character is being impeached if we talk about money, there is few that can profess that they’re trying to work their way up to be rich.

By the way, there are two kinds of rich, “fabulously rich” and “somewhat rich”. A few people who live in a luxurious house and have assets, savings with huge amount of income, and pay far greater amount of tax compared to the ordinary people are, as recognized by all, fabulously rich.

Making efforts is not enough to be such fabulously rich.

It’s extremely hard to be fabulously rich except the case one is endowed by nature with a tremendous amount of assets. Though, off course there are many that became fabulously rich in one generation.

They had the volition, wisdom and faculty and they worked hard. They were also supported by the flow of times and circumstances. As the result of all those things together, they became fabulously rich. Being like them may sound like a far-fetched dream, but you can surely become much richer than you’re now depending on your effort, wisdom, volition, and practices.

Well, there are no clear-cut standards for the state of being rich. Some say, it is to have a total of 500,000 yen or more in their savings and assets and another say, it is 1 billion yen or more. But a standard line that makes you would realize you’ve become rich is the targeted goal for the person, and a start line that leads to a next step.

Increasing your current assets and savings to reach the target price is the key question. There are so many people who know down-to earth ways of being rich but can’t put them into action when it comes down to the point.

Then, what are the common 9 traits those who know how to be rich but can’t take them into action have?

No1. They can’t embody their dream.

Anyone can dream about being rich. One of the tips on being rich is how to work yourself towards the dream, make a plan, as it doesn’t have to be a detailed one.

Once you’ve set a target price, make a plan by dividing it into stages that are achievable such as, first stage, second stage… planning helps you embody your dream better than just vaguely thinking in your head.

No.2 They’re frustrated when they can’t embody their dream, and can’t use their ingenuity

The second advice to be rich, making a blind effort to smash forward, is not a wise approach. Just imagine, seeing trees bearing lots of juicy fruits far beyond the shrubs, and start banging down a sickle from where you stand to cut through the shrubs from morning to night.

If you didn’t think about the device and the ability you had and recklessly threw yourself at the work would wear you out before reaching to the juicy fruits.

When the fruits are seen in your view, it’s a chance.

Though, you must not get impatience. Think carefully if the sickle you took was the appropriate tool and which course would be the shortest way to take to the fruit trees, and if there is any tool that seems more effective, think how to gain it using the wisdom you have to the fullest possible.

No.3 They can’t make a necessary investment in themselves

The third advice to become rich, Aren’t you thinking intensely that you must save up on money, and not to make unnecessary purchases?  As a device to help you reach to the fruit trees, if there were something that could be gained if you tried hard to replace the sickle with, think about the way.

That’s “broadening the intellect”, in other words “investing in one’s self”. The shortcut to become rich is to take a plunge and invest in yourself if you can gain the device, tool in other words certification, skills and the knowledge you need in return.

No.4 They can’t make a decision.

When you’re pressed to decide which path to take, right or left, even on the path you’ve walked all the way along, think and decide for yourself without being influenced by the circumstances. Even when we know the answer, once there is an involvement of the gain or lose interests, some people are prone to be waverers and postpone, though, that’s not a smart thing to do.

To put it in making investments in stocks, those who can’t liquidate at a loss can never gain margins. People can’t sell off a stock for an unreasonable price keep it, even when the stock you bought for 1000 yen keeps decreasing. And also, they keep it when its increasing expecting to sell at an even higher price and missed the chance of selling.

If there were such thing as smell of money, those would be the type who’re numb to them.

Read circumstances from globalized point of view and keep looking out for things whether they will become liability for positive aspects or negative ones, and when the time comes, decide and bravely take an action. Even the decision accompanies temporal pains.

No5 They can’t self-evaluate themselves appropriately.

The fifth advice to become rich is, not to over-evaluate yourself. We are tend to do it when a little things start getting better. But being too proud of yourself can make you miss out on useful advices and support from people around you, and also favorable offers.

As you gain a false sense of confidence that you’re better than them in abilities to make ideas and skills. You know, they say, ““The boughs that bear most hang lowest.”

The important thing is not to forget what you got there.

No.6 They can’t carry out the original intentions.

What’s the purpose of making such efforts? The answer is, to be become rich. You must have learned what you have to do to achieve this, in the advice no. 6, how to evaluate our dreams. If you’re aiming to become rich by the get-rich-quick way such as hitting a jack pot of 700 million yen, you would just have to keep buying lotteries until you achieve it.

There are quite high risks of not hitting such a big jack pot even if you try all your life, though, taking becoming-rich-plans into an action on your own, takes such a long period of time to achieve. When we’re in the middle of the plan, and things don’t turn out the way we first expected, we become very much worried wondering” What am I doing?” the thoughts make us fragile.

At a time like that, you may want to go over on the time line, your income and outcome and the method of approaching to the target once again. And make a change to the plans if needed. If you are still certain that there is nothing wrong with your plan, stick to it. There would be no other way.

No.7 All they do is turn to others for help when they’re in trouble.

The person who wants to become rich is you. Things don’t go well if you turn to others for help in everything you do. Those who never succeed are always excusing or putting blames on someone else, saying things like “I want to start a new business, I have a great idea! The problem is no one invests in my business.” and “ I’m sure I must have succeeded only if I had gained support from someone”.

You would not be able to gain agreements from people around you being this way, everyone would stop listening to you eventually unless you take initiative in your idea.

And that would also take up chances of learning from you. those chance you are only able to learn from past mistakes such as” If only I should have done that”, and “ I wonder what would have been if that didn’t happen then..”.

Talking things in subjunctive moods, such as “ if I had done ….” , “ only if I had done…”  obviously doesn’t help you become any richer.

It’s you who have to make a decision, and put it into action. Let’s not turn on to other people for help.

No8. They can’t exercise the cooperativeness that’s often required

Times fly by not requesting to the effort made by a person convinced of their own greatness/righteousness, smashing so blindly to work their way up to success. If it were studying, that could be alright though, if it were the real world you’re trying to become rich in, you can’t inevitably avoid communicating with people.

There will be cases where you have to find a point of compromise. Having an attitude to listening profoundly to the real intentions of opinions that differ from yours, not only pushing your own ideas and finding a co-operative way between the others and you is necessary at times.

No.9 They can’t continue to make efforts.

When we read “achievement in life”, stories of hard times they experienced are frequently written, such as the time they worked 10 times hard of normal people without sparing time for sleep. If a way to become happy were something that deteriorated our health, it would mean nothing. At the same time, leading a life style as normal people, wouldn’t make you rich either.

Give your utmost to do things that you’re capable of, all you gain from trying not hard enough is regret.

Overcoming the 9 common traits of those who only know how to be rich will put you on the right track to realize your dream.

5ways How to Welcome Guests by Clematis’s Floral Language

7 selections matching for the bougainvillea flower

The seven ways to tell your love with viola meaning

7 ways to polish yourself, if you want a girlfriend

...
Home
How to raise a fortune
9 traits of who knows how to be rich

7 messages with the meaning of Dandelion
9 magics to make your wish come true
7 ways to tell your love with tulip meaning
9 methods to be lucky with wallet color by feng shui
7 scary signs you have to be careful dream of snakes
Must-read if you had dream of snakes! 7 ways for happiness
8 attentions on a dream of heartbreak
7 lucks we can tell by dream of fire
The 7 Meanings You should know about Hydrangea
Blood type O personality and behavior!