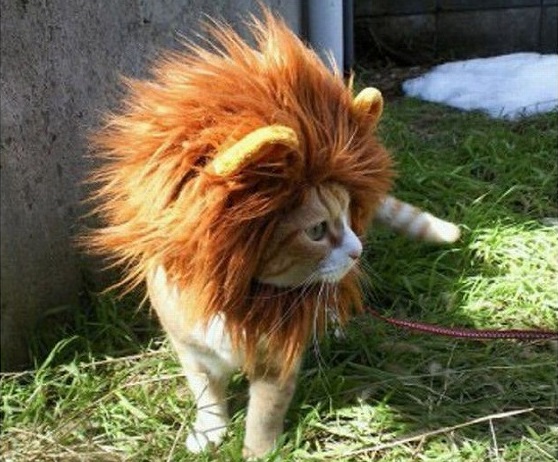 What is the characteristics of Leo? They look gorgeous and gay. But only that? Let’s have a look at their essence to find the surprising side.

Leo is the most romantic people. They can do whatever which other people feel shy to do. Once they’re in the romantic mode, they’ll show the thoughtful and sensitive sweet actions which you can never imagine from them. When they’re like that, you absolutely shouldn’t bring them back to the reality. You’ll be their stress and enemy to delete their romantic emotions. They’re rather sensitive and easily get hurt so accept them and let them be themselves.

They’re so ¨King like¨. Sometimes they become very chidlish. They seek for the excitement too much that sometimes they fall into the troubles even include people around to the doom.

They’re the gamblers. Must be careful also the financial problems. So, what you can do to them is to brake gently to stop them. But you have to be careful not to hurt their pride, braking secretly.

They’re quite instinctive and having the wild personality like they eat because they get hugry, or sleep because they’re sleepy. Very instinctive. They don’t understand the vague words or actions, prefer the straight forward words.

Also for the love and the business, they can’t deal with the sensitive matters as typical Japanese. They take exactly as you said it out so you have to be careful what you say.

If you tell a Leo child, ¨If you don’t wanna study, throw the textbooks away!¨, then he/she will really go and throw the books. They’re not kidding, they just take them directly.

So just be simple, don’t play the games with them.

Leo people are secretly having their dilemma and loneliness. ¨I have to be a leader and always special otherwise I don’t mean to excist.¨, they think in this way to make themselves ambitious.

It’s not about fighting with the others, it’s their own fight. They’re the kings, but always fighting towards the frustration and the loneliness. Sometimes they show too much this competitive part so people evaluate them as a egoist or a person who loves to show off.

They need a partner who understand and accept, smile gently just next to them.

Just be with them…it help them a lot and they can feel confident and saved.

Leo is very self-assertive and loves to be center of the story. They are very desperate to be like that. They start to shine once they get the fame and the position. They need a ¨spot light¨to exert their gifted genius creativity and activity.

So it’s smart choice that you can make is to cede the main role to Leo. They exert their power once their have full attention. They’re very easy, meaning they’re easy to control if you do it well.

In the end both of you get profit easily.

6.Be a right person

Leo has a strong principal about what’s good or evil. They’ll just cut the relationship off without any hesitation once they find ëvil¨part in you. This is the typical characteristic of the King Leo.

Of course they don’t like bribe or side deals, even hate breaking the laws or promises. They hate to think something like ¨Let’s do it altogether so that we won’t be scared or risky.¨.They have very strong sense of ethics and the beliefs. Is it hard to cope with them? No…just be a right person.

What they want is just decent, honest and royal relationship.

7.Acknowledge the effect of being optimistic

Generally speaking, Leo has a optimistic character. And they’re royal so once they accept to do some tasks, they’ll do their very best to be perfect. What the King needs…is the confidence to lead its people. Leo has a massive power to lead everything in a optimistic way. Their ambition to overwhelm the people around is made by their optimistic character.
They’re passionate and easily moved. Just believe in them, support them.

So, it’s good to make them stay as a ¨good king¨. And to be like that, they need your support and healing.

By understanding and making use of their possibilities, you’ll be a winner in the end. It’s not at all difficult. So exert these tips for your love, business occasion, relationships of the couple or between the parents and children.

Obtain the fulfilled life with coping well with Leo.

1.Accept their romance
2.Brake gently
3.Don’t try to play game
4.Understand their secret loneliness
5.Cede the main role
6.Be a right person
7.Acknowledge the effect of being optimistic

7 ways to handle Gemini personality for a relationship

...
Home
personality and horoscope
7 tips to cope well with the Leo personality