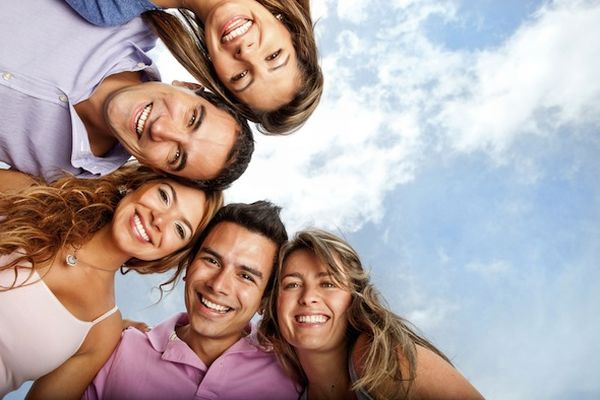 The Libra is generally people who are born from September 23rd to October 23rd. If you would understand personality of the Libra, you would be able to get along with them easily. Of course, we should not have any prejudice, but horoscope is useful to build good relationship and can be a good topic. Let me show you the features of the Libra personality.

The most appealing feature of Libra Personality is good impression. They do not like fighting and read between the line but they have a presence. So they rarely get mad.

And they rarely give a bad impression and seem to be mature for their age. If there is a Libra in a group, the group tends to get together because of him. They can facilitate personal relations.

A Libra facilitates relations between people. On the contrary, it means they do what is safe. They rarely do something surprising or rarely let themselves be carried away.

They might not develop an attitude of ostentatiousness and might be indistinctive in a group. Setting a high value on distinctiveness is general trend. However, if all people have strong personalities, the group will not get together. In such a case, the Libra plays an important role. The Libras do not have to try to have strong personality. It is certain that they have their own field.

The Libras hesitate to bare their feelings. In the field of romance, they rarely express their naked feelings like jealousy. They tend to try to keep their dignity and calm.

They place importance on looks and care too much about how they are looked like. As to love, they are relatively not persistent and not get stuck with marriage so they rarely cheat or have a love affair. But they do not have resistance to romantic situation.

First impression is quite important to build a good relationship. The Libra incorporates the current trends in fashion and enjoys fashion in manner of their own style. So they are dressed stylishly.

They do not wear showy clothes, but they wear casual and decent clothes. They can unconsciously choose sophisticated clothes and be a model for people as to fashion. This might be because they are affected by Venus that is God of beauty.

The features of the Libra’s are keen aesthetic feeling and pacifism. And they are important theme for the Libra. They have superb sense of proportion to carry out the theme.

The Libra instinctively knows how to read between lines and is good at getting along with people. In other words, they have calculating nature. However, they do not give bad impression because they have a positive influence over people too. It is said that many of them have extraordinary happy life because of sense of proportion.

In a good sense, the Libra is a man of calculating nature. Put it in another way, they do fancy foot work. For example, they could get a good mark without hard work or give a good impression even though they do not do good stuff.

Since they leave a favorable impression on people, people rarely say bad things about them. Furthermore, although they do not let themselves get carried away because of their aesthetic sense, they love to have a fun and have desire for improvement.

But they will never be disliked because people tend to think the Libra is a good guy. However, some of the Libra has some trouble in youth because they do not see the future clearly and know what they should do in the future because of their fancy foot work.

7. The envy of people

The Libra is cut out for fashion field because of their high aesthetic feelings and taste and is outgoing because they are mild. So they display great ability as they work at the mainstream because of their superb sense of proportion and judgement. But they are totally unsuited for background work.

They tend to make the most of their ability in the mainstream more than in shadow. They do what people envy easily and everyone admires the feat. That is the feature of the Libra. What an amazing inborn ability they have.

People whose astrological sign is the Libra have amazing talent. Many of them stand out in early days because of their brilliant sense of proportion. People might think the Libra as a person with a stony heart because the Libra rarely bares their feelings. And they behave gracefully, so that they might look snobbish, but they have wonderful personality.

The Libra will be highly likely to be respected in the future because of their superb sense of proportion and aesthetic feeling. People whose astrological sign is the Libra should go your own way, which has a good impact on people around you.

How to cheer up an anniversary with a surprise gift♪

7 reasons why Alstroemerias are perfect for a gift