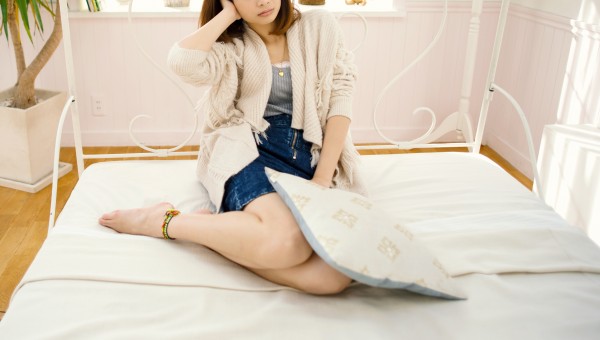 Do you sleep well every night in this stressful world? If not, it’s a dangerous signal. Continuous insomnia will lead palpitation, breath shortness, headache, dizziness, accumulation of fatigue, etc.

The relationship between depression and insomnia is getting clear. Blunting of serotonin which is the cause of depression is considered to be related to insomnia. Normally, sleep hormone called melatonin is produced in your body when you sleep.

You fall asleep gradually by producing more and more sleep hormone in your body. But actually, serotonin promotes secretion of melatonin.

So, people who don’t have enough serotonin (mainly people with depression) have less power to produce melatonin, which could cause insomnia. Today, I’ll introduce how to improve your mental health by understanding the relationship between depression and insomnia.

7 ways to improve mental health by understanding depression and insomnia

Sunlight (or same level of strong light) stops secretion of melatonin, which is sleep hormone, and improve secretion of serotonin which makes the brain awake. If you live the vampire life and get no sunlight, the balance of serotonin and melatonin and biological clock go wrong, which could cause insomnia or depression.

Having sunlight every morning leads not only to increase of serotonin, but also to regulate your life and make you body and mind healthy. Open the curtain and take some sunlight into your room when you wake up in the morning. Or, you can open the curtain before going to sleep so you can get sunlight naturally in the morning.

Also, “walking”, “deep/abdominal breathing (including yoga, Tai Chi, seated meditation and singing)”, “cycling” and “hula” are good. It’s helpful for the nerve of serotonin to continue rhythmical exercise. Do these exercises for more than 5 minutes, and for a continuous period of time.

This is also easy, but effective for secretion of serotonin. You chew foods, which is also rhythmical exercise. This also helps for activate serotonin.

People who are not good at exercise should try to chew food well. This improves consumption of nutrients and digestion, and it also works for the chin muscle. It’s easy to do and work for a lot of things. You can start with chewing gum.

Not only animals but also people do grooming, which is physical contact such as chatting, massaging and touching hair. These kinds of physical contact are considered to be effective for activation of serotonin and improvement of stress tolerance. Depression makes you miss people, but it sounds like it’s also related.

Serotonin is produced in raphe nucleus in the brain, and it needs tryptophan to do so. Tryptophan is not produced in the body, so you have to take it from food.

I guess more and more people don’t have sunlight, even if they don’t live the vampire life. If you don’t have natural light during the day and live under artificial light, a natural rhythm for human body will be broken. Your biological clock will be broken as well if you keep having such a life, which could cause shallow sleep or insomnia.

Dim the light and try not to get strong artificial light from TV, a computer or a smartphone before going to sleep. There are also tons of information on the internet, so try not to look into it.

Don’t sleep too long on the day off

According to a research, the average sleeping hours of Japanese is 6.5 hours. This is 30 minutes shorter than that in other developed countries. Japanese people have shorter sleeping hours. When you don’t have enough sleep because you are busy, you must think that you want to sleep as much as possible on your day off. But you can’t save sleep.

Instead, you could break the biological clock if you wake up late only on your day offs. In the result of that, you could get insomnia. So don’t sleep too long, and wake up at the same time every day as much as possible. Also, you might think that you wasted the day after sleeping too long, which is not good for your mind.

These tips may be easy to do. The most important thing to increase serotonin is to do the tips I introduced in this article (have a regular life and eating habit) for a long period of time because serotonin doesn’t increase immediately after doing rhythmical exercise.

You can increase it gradually by having sunlight, doing exercise and having a physical contact. They say that you need to continue these things for about 3 months. Don’t do it too much, and just start with something easy little by little.

7 ways to improve mental health by understanding depression and insomnia

・Get some sun
・Do rhythmical exercise
・Chew food well
・Grooming, physical contact
・Eat food which contains tryptophan
・Don’t use a computer and a smartphone before going to sleep
・Don’t sleep too long on the day off

7 Eating and Life Habits to Get Taller

How to grow orchids for beginners – 7 steps

7 Tips on How to Grow Basil

Don’t Abuse! 7 Good Ways How to Have Laxative Diet

...
Home
Health and Beauty
Learn about depression and insomnia for mental health