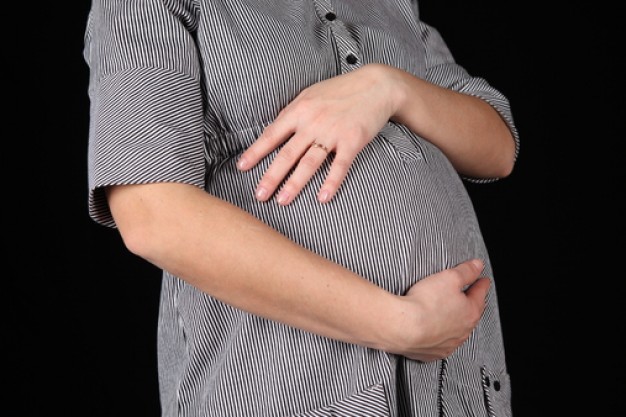 Ordinarily, we can hardly forget an impressive dream we had, and it often happens to especiallywomen who are pregnant because of the effect of hormone and women’s anxiety.
What they had dream is “oddly realistic”, and I heard many women had a strange dream like a prophetic one during pregnancy. It is said that pregnant women have mysterious unknown power, so is this related to?
Today, I am going to introduce expectant mother’s supernatural dreams.

Foreseeing dream “Zui-cho” that tells you to get pregnant

This sounds like a fairy tale or myth, but we do have an episode that woman got pregnant after she had a dream that shiny strange ball dived into her tummy.
We heard these similar dreams often, and this dream phenomenon is called “Zui-cho”.
Was it the same prophetic dream that had happened to the mother of Hideyoshi Toyotomi who was famous shogun (top of the warrior) in Azuchi-momoyama era? Accroding to a historical reserch, Hideyoshi’s mother had a similar dream that sun jumped in her stomach, and she ralized she got pregnant after this dream.
Besides this, there are other situations in a dream, for example, Doctor tells you are expecting in the hospital, and it comes to real, or your relatives had a foreseeing dream that you get pregnant…etc.
It sounds so romantic that bright shiny ball dives into your body and you know you get pregnant!

Can you meet your baby in a dream during a pregnancy?

During a pregnancy period, expecting mothers look foward to seeing own baby day by day.
Among them, there are some expecting mothers who have already met own baby in her dream.
And here is another episode that one pregnant woman was told she has a girl after she had a dream played with a lovely girl.
Some mother had a dream that own child tells you to get pregnant. Another woman’s pregnancy was found out by having a dream that one boy said her “You will be a mother soon”.
Dose baby visited mother’s dream because she/he worried about? They gaze at own mother before they are born to the earth.

Dose baby tell you own gender in a dream?

as I described avobe, there are many amazing episodes especially that woman in pregnancy knows which gender own baby will be before birth because of dream, for example, one woman has a baby girl if she had a dream about walking with a baby girl who was in a stroller, or the other woman had a dream that she saw the zizo(the gurdian diety of children) statue which has wrapped with blue cloth, and she got a baby boy after this dream….etc.
Maybe future coming baby want to show off the proof “I show you this dream, I am here mom!”

Your relative who passed away celebrate your pregnancy

It might be a common story that your family member who is already passed away, let you know the news in your dream.
There is a episode that a woman was wondered and surprised why she had such a dream that grandfather who died a couple years ago smiled at her.
And after that, that woman found out own pregnancy. Another story is that one woman got pregnant when she met one unknown old man and he shook her hands in her dream. She had searched who he was in her dream and find out it was her husband’s grandfather who passed away.
It sounds like their grandfather really love and celebrate grandchild’s birth from heaven, and will gaze them even after their birth.

This phenomenon happens often and make many expecting mothers feel so uneasy because they are too worried about giving a birth.
There are tons of variety stories such as terrible like horror movie story, one husband makes love affair and leaves home, and so on…

As a audience, it sounds curious hearing these stories, but for expecting mothers, it makes too much anxious and sometimes mothers got sick because of these nightmares. I think they are too much worry to stay calm, and they feel so scary even though they know it is just a dream.
To new expecting dads, Please be kind to your partner and help her stay calm during pregnancy (of course even after, too).
We may try to convince expecting mothers and let them feel safe, just explain “it is a common dream during a pregnancy, so you will be all right!”

I introduced some supernatural stories about pregnant women. What we might concern about in their dream has kept on having same nightmare that affect their health/mental conditions.
If you somebody who is worried about the nightmare, you may let her know and support your friends who is in tough time.
Like “Zui-cho” and foreseeing dream, if these are not just dream, but real person from heaven or their future real child, It would be nice that women who got pregnant was supported and gazed by her unseen future child and families in heaven.
Don’t you feel so healed as you hear there are many new birth has given to the earth supported by invisible spiritual bonds?

Foreseeing dream “Zui-cho” that tells you to get pregnant.Can you meet your baby in a dream during a pregnancy?Dose baby tell you own gender in a dream
Your relative who passed away celebrate your pregnancy
Have more nightmare

7 to be beware having dream of pregnancy

7 lucks we can tell by dream of fire

What is the healing power of the Angel picture?

Got pregnant? 9 means of pregnant dream