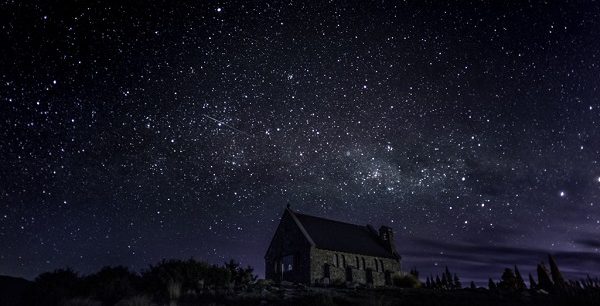 When you hear Scorpio what kind of personality do you imagine? Do you have anyone who is a Scorpio around you?

According to astrology, the following words in the list describe the personality of Scorpio.

“Quiet, having an atmosphere that keeps off people, cautious, persistent, patient, don’t reveal real intentions of themselves, have a strong passion and ambition hidden inside, the most reliable one in the 12 horoscope signs.

If you are, even slightly, struggling in a relationship with a Scorpio or hoping to know them better, please refer to the guidance I’m going to give you this time.

People with Scorpio personality as being unexpectedly shy, like taking time to build up a relationship based on trust better than making flamboyant communications by displaying lots of words

No1, don’t ask them too many private questions.

Scorpio personality is careful and cautious, they don’t show what they are really like so easily. Let’s avoid asking them private questions to the smallest details when you’ve just met them.

It would stress out Scorpio personality, and they would take a distance from you in their attempts to avoid being entered into their personal zones.

No2. Recognize the Scorpio personality of being awkward with strangers.

People with Scorpio personality often take a harsh action and react with a rather cold attitude, not responding to us in the way we expect.

If that has happened to you, don’t get disappointed or feel frustrated. Let’s accept the fact that Scorpio personality is shy of strangers.

No3. Don’t be afraid of silence.

When we are with someone and a silence fall upon us for a certain period of time we start feeling uncomfortable and try to manage an animated conversation with the other person.

It would be fine if the both people liked talking, but Scorpio personality is in general considered quiet and not the type that likes talking aggressively.

The attempt to avoid silence will end up making the both of you tired.

So don’t be afraid of silence and if silence occurs and it stays, accept it just as it is and refrain from forcing yourself to talk.

No4. Make an effort to take time getting to know each other

To maintain a good relationship with someone who is a Scorpio known for its shyness, it’s important to take time getting to know each other. Make haste slowly.

People with Scorpio personality are shy and afraid of people who they’ve just met will become the reliable person for you once a trust worthy relationship has been built up between you and them.

But, in the process before you reach to the point with them, there will be time needed until the both of you become able to trust the other one. Let’s not hassle to know them better, and instead, take time getting to know each other with a sincere attitude.

No5. Don’t expect sweet words, and compliments from Scorpios.

Scorpio personality is not very sociable, they build up relationship over time with people who they feel they can open up to. Generally they are neither the type that makes compliments nor the friendly type.

Let’s stop expecting to hear sweet words and compliments from Scorpios. And when you’re given a compliment from them, think that comes from the bottom of their heart which is the reason why the act of Scorpios is trustworthy.

They’re always true to themselves.

No.6 People with Scorpio personality are sincere in their communication with others, so that, let’s not talk irresponsible to them.

The phrase and promise made in a makeshift manner is NG for Scorpios, they remember things we casually said such as proposals and promises and wait for the next action.

No7 Talk about spiritual things.

Scorpios are deep in thoughts and have interests in spiritual things rather than secular pleasures, how about striking up a spiritual conversation with them for a change?

Having found a person that they can talk on a spiritual level may bring the person with shy, Scorpio personality feel closer to you.

How was the article?
Do these astrological messages fit every personality? It actually doesn’t.
Because the personality showed by astrology, traits and destiny are only the basics and on top of them, a variety of factors such as, living circumstances, relationships, efforts and events of each are added.
Still, the influence of stars exists even though they’re invisible to our eye. That’s why astrology is still popular in today’s world where science is well developed.  I will be happy if even one thing in the 7 ways this time can guide you.

If you refer to the Scorpio personality and messages from Astrology, and communicate with them in a sincere manner, they, being known for being secretive, will have a sense of trust in you.

No1, don’t ask them too much private questions.
No2. Recognize the Scorpio personality of being awkward with strangers.
No3. Don’t be afraid of silence
No4. Make an effort to take time getting to know each other
No5. Don’t expect sweet words, and compliments from Scorpios.
No.6 People with Scorpio personality are sincere in their communication with others, so that, let’s not talk irresponsible to them.
No7 Talk about spiritual things.

7 tips to cope with Sagittarius personality