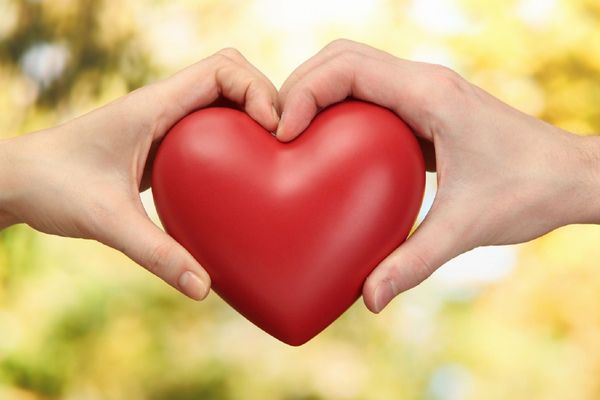 The person who is in love dazzles and makes people happy by just looking at them. A person living for somebody shines and is wonderful. A happy aura does sharing of the happiness. You should experience the love at any age.

It may be said that it accounts for half of the life out of love to learn. The person who does love of the unrequited love today feel both by love spells. But “it is no use and recommends that I am not popular in half doubt such as the material”. This is because it knows that it does not succeed with such a feeling.

Naivete is innocent and believes it, and please go obediently. The spell has the thing of negative contents, but there is a thing to perform with gentleness to protect a person a lot. Because there is Cupid of the love speaking for thought more strongly by all means, let’s get connected through a spell.

7 simple spells to feel both with favorite person

Let’s prepare for time and a place, mind and body before casting a spell.

Don’t prepare in a hurry before casting a love spell. Keep it in mind to perform it calmly having margin. It becomes terrible when you use it only for a good thing in a spell.

You receive help of various holy power in a good spell. It is required to cleanse the space of the room. Put everything in order, making ventilation better newly. In addition, please pay impurity using the bath articles of the fragrance of the pinch of crude salt and citrus fruit system not to mention cleansing own body in bath time.

It is recommended that the one where burden is felt cleanses a whole body in crude salt. And, in the case of a woman, please avoid it on a day of the menstruation not to mention ill-conditioned time. The person who wants to use the effect of the month has the front and checks it, and let’s put it.

In addition, it will become emotionally earnest if you win the effect of the interval where the power of the month is strong over to my side. It is introduced that a moon between a new moon and a full moon is high-powered. The full moon should be better in a spell to want you to rise.

You can make your wish come true to the sky

The crane is liked from “longevity” “couple harmony” “The Grateful Crane” old days saying that it is lucky. In addition, it was that “took wish”, and the form of the crane was often used as I granted a wish, but “the representative string of a thousand folded paper cranes” gathered 1,000 power than one of them, and a wish was done by the contents of the wish.

The crane is a kind of the animals of errands of God; “a wish the sky Tuzuru” of the soul of language has a meaning. It will cast a spell using the form of the crane with the implication to carry a wish. The thing to prepare writes a wish as origami in a pen, the center of the white colored paper.

Write the name of the opposite sex liking a piece thinking person then in full name; with the both; break a folded-paper crane after writing it, think. And you put it in the center of the room or the place where the family plays a key role. We are stepped then, and let’s keep it in mind so that it is not disturbed.

By the way, you are informed by old days it in the center of the room when you tell it why you perform it at the center of a room and the house when you call fortune when you put a mascot by the feng shui. This in a meaning to have a benefit of the power; was able to cast a spell. You will draw good luck and a wish at the place where the power was concentrated.

Spell of A of the heart

Compare a spell, the letter paper of cards successively, and a copying paper prepares for white paper of the size of the A5 rank and A of the heart of cards. Toward the white paper, write the name of the favorite person in full name.

And we put cards of A of the heart on the paper which we wrote of the name, and we wrap it carefully, and let’s carry it. When an effect was felt, you will go because it is the spell with the rumor.

Spell of the offering lime to the planet of the love

It is legendary fruit saying that the lime was given to the planet of the love. You will introduce a spell of both thought using such a holy lime. A thing to prepare, the fruit of the lime or lime oil. You pour five drops into the bathtub with lime oil or the fruit juice of the lime in a bath from a day after the new moon, and let’s take a bath.

At this time, when you use the lime juice, is fresh; let’s keep it in mind to squeeze it, and to use fresh juice. When you can meet the person of the heart, write the name of the favorite person on the small paper, and five drops of the paper prepared, and the person of the unrequited love will carry lime oil every day.

Spell to make a friend of the power of the month

You have an unbelievable talk, but a radius of 2 meters seems to need space existence of several millimeters in a month. When “we cannot live if anytime this state continued,” space existence that fell sick by the wave because greedy human beings did a wish towards the moon from old days made a light reflector for a scientist and the earth of space existence, and they seemed to install it.

Fortunately the space existence allowed the wish to improve for the better in spite of feeling hard by the thought of human beings to have it realized. It lets human beings who prayed in a month improve for the better, and it reflects speculation energy as the device which had a wish realized and was a secret of the power in the month when they told me when I received a benefit of the holy consideration that was a reflection device to protect friends of the space existence besides.

Thank while knowing the benefit and cast a spell. Perform the way at night to see it neatly of the rising moon. Chant the spells for love with an obedient feeling towards the moon. When “you rise and rise, and rise in thought to me of ,○○,” three cheers say. It is informed that thought from a favorite person to yourself becomes strong by doing it this way. You will really go by all means.

Let’s make a drink of the love while tasting a witch feeling happily. It is a spell of the white magic. It is informed to be effective to get the person of the favorite. It is apple 100cc and red wine teaspoon 1 and strawberry jam teaspoon 1 to prepare.

Put it in a glass sequentially while nursing delusions realistically, and imaging it toward the other party liking each. Drink one share after saying own name next and drink it up one swallow repetition after saying the name of the partner next. It will be worth performing right or wrong because I hear it well it is effective for some reason though I do not understand it.

The spell of the eyebrows which a favorite partner confesses.

Even if you want to kiss if a face is less than 30 centimeters near to be conscious of the opposite sex, the human being that there is not the thing which is superior to an appeal even if you say anything is informed psychologically. The eyes speak well to tell the thing as a mouth. The eyes absorb various matters, but give energy as rays.

As for the thing which can start an effect so as to be able to associate with a favorite person close, there are none. There is the method of the appeal model spell “to stare at the partner in such a spell while a mystery prepares the eyebrows of the favorite person with a finger”.

While a reason posts it casually and is repeated, it is as the spell effect that the other party confesses to your captive. The positive person should try it.

You try whether there was the spell that you want to try in various ways, and prevent you from performing both that and this at the same time at a time in haste. Even if a spell is not carried well, may Cupid of the love come across a wonderful person to you by all means!

Consciousness of that purpose is made and prays for the spell when it becomes the tool of the better fruit to take on the right guidance. And the settlement of the spell, please take thanks properly.

If there is the thing which you used for materials, you burn it at a safe place after wrapping it in white paper, and waving crude salt and drain it into the water, and please bury it in the soil. It is the last, but it becomes the action of the thought to think of the love than you do not think, and, in fact, will the action with communication give God power more?

A piggyback does not know it in all whose life it is if a cuddle is in a state, God says. In any case I support that your love matures. Will the love bring up a human being? Experience a lot of splendid love and find genuine love.

7 simple spells to feel both with favorite person

Let’s prepare for time and a place, mind and body before casting a spell.
You can make your wish come true to the sky
Spell of A of the heart
Spell of the offering lime to the planet of the love
Spell to make a friend of the power of the month
Spell of the apple of the favorite maturity to perform on the night of Friday
The spell of the eyebrows which a favorite partner confesses.

7 techniques to make a healing house for love luck

The way of couples with height difference getting along

7 Feng Shui tips for “I want a boyfriend”

The method to improve the man to get a cute girlfriend

...
Home
How love goes well
7 simple spells to feel both with favorite person