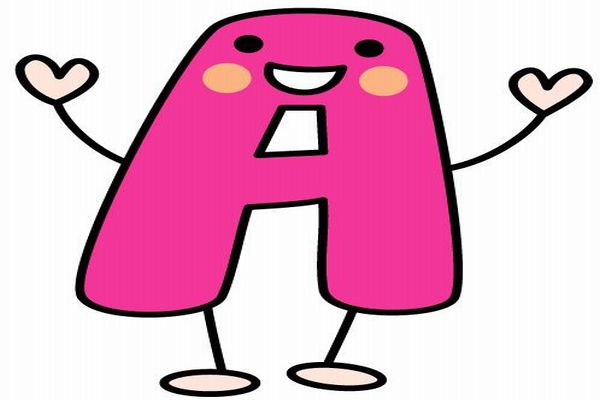 Some people hate fortune-telling of blood type, which separates a type or a personality of human based on the blood type. Actually this is popular only in Japan. You might have heard that type a is sensitive and vulnerable.

By stepping into the hidden mental structure, you will see that this type a personality is actually not wrong. Fortune-telling of blood type is sometimes clearer from the reverse side. What is the hidden personality of type a?

“Sensitive and vulnerable” because they are very sweet

People of type a are supposed to be sensitive for other people’s feeling. They sense what others want, and they might feel that it’s bothering whey they are stressed. Another feature of type a people is that they are very serious.

Because they are serious, they can care about others and not ignore them. But they always take other people’s feeling seriously in a good way or a bad way, so sometimes they get hurt by what others say.

Type a people are serious about what other people think or feel, and take all those feeling. But in other words, they are sweet and kindhearted. That sweetness is actually never revealed.

“Cooperative” because they don’t want to be a weird person

Type a person tends to hold themselves back and retreat to safe ground. This is because they are actually afraid to be different from other people. The type a personality such as “going along with others”, “avoid a fight” and “follow a rule” might be a method to avoid running off from the society or being different or weird.

Type a person tends to make a detailed plan and follow it. In the words, they are not good at taking actions randomly. They are very careful because they hate unexpected things.

This may come from a fear of a lack of quick judgment. Because type a person thinks they need reliable information for making a decision, they can’t judge things based on their instinct. That’s why they always try to be careful.

“Model student with less mistakes” because they have much pride

A lot of type a people are supposed to be model students who keep within bounds. But that also means they don’t want to go beyond the set style. Therefore, sometimes they are not flexible. They don’t have much interest in derivation or application, and they tend to like the very classic way.

Type a person feels the most comfortable when a lot of people agree with them, and therefore they don’t make many mistakes. But the less experience of making mistakes makes type a person have much pride. They appreciate themselves in their mind, and they pretend to be very nice to others.

If they stop sticking in themselves being a model student, and keep making effort for the society, many people can become a leader with a personal pagnetism. They should remember that the pride can crush the possibility of the type a person.

Type a women are attractive, while type a men tend to be boring

Type a men could be boring because of the typical type a personality, but type a women tend to be very attractive. A lot of men feel peace and charm from a woman who is ordinary but common than a woman who is unexpected and wild. I believe that there are a lot of men who want an emotional recovery by the sweetness of the type a woman. So make the most of the feature of type a.

“Polite to unfamiliar people”, but rough to the relatives?

Though they are polite to unfamiliar people, type a person tends to be rough and arrogant to intimate people or their relatives. It seems that they release stress to those people after being patient to strangers.

Type a person also tends to be weak to people of higher rank, and be strong to people of lower rank. This is because they precisely understand the relationship between the others and themselves.

Therefore, it rarely happens that type a person becomes rude to unfamiliar people. Type a person can keep a distance and have a mature relationship with others.

Compared to other blood types, type a person doesn’t have a lot of ways to release stress because they are serious and perfectionists. So type a may be the least profitable. They tend to push their hidden passion or criticism to others, or become hysterical. One little thing could break their balance.

Type a person is said to be the weakest for stress among all the blood types, so it’s tough to live alone. Therefore, even if they know they’ll get some stress, they are willing to have a relationship with others.

Type a person plays a role as lubrication in the society. Like a white paint, they can bring harmony among many opinions. The common and orthodox sense of type a person has a great meaning in a relationship between people.

・”Sensitive and vulnerable” because they are very sweet
・”Cooperative” because they don’t want to be a weird person
・”Sober and down-to-earth” because they don’t like unexpected things
・”Model student with less mistakes” because they have much pride
・Type a women are attractive, while type a men tend to be boring
・”Polite to unfamiliar people”, but rough to the relatives?
・They might feel uncomfortable in the society

Blood type A personality and behavior!

7 ways to cope with blood type B people

Blood type B personality and behavior!

...
Home
Personality and blood type
Surprising! 7 unknown side of the type a personality