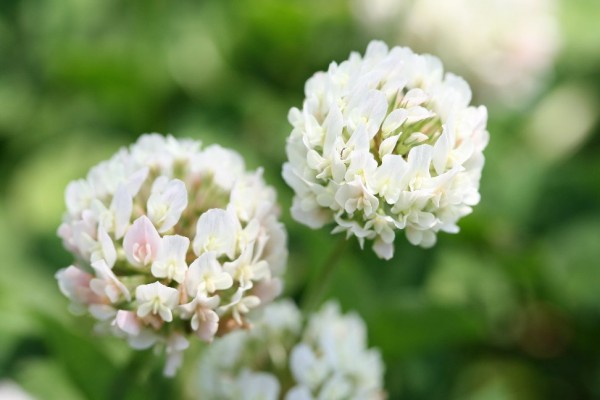 When warmer weather is coming, you can find dandelions, fleabanes as well as white clovers in parks or on street. Probably many people made crowns and necklaces with white clovers and tried to find four-leaf clovers.

White clovers have ball-shaped lovely flowers and it is sad that four-leaf clovers will bring happiness. Language of white clovers are “happiness”, “promise”, “Think of me”, and “Be mine”. It’s so romantic, isn’t it?

However, another language of white clovers is “revenge”. You must be surprised at this unexpected word.

Why do they have such a scary language? Here are 5 reasons why white clovers have “revenge”.

5 reasons why language of white clovers is a bit scary

If you break a promise, you will be revenged.

Some of languages of flowers represent a past event or events. If you make a story using language of white clovers, you will find why white clovers have “revenge”.

If you make a story like this, it can be understandable why white clovers have “revenge”. So there may be a very thin line between happiness and revenge.

But, is it liked to “revenge”? The clue is a cross described by four leaves.

“Miracles” appears when a cross is with Jesus Christ. However, a cross is originally a tool to crucify somebody. When you want to crucify someone and show it to many people, it can be caused by negative feelings. A cross could be used to crucify when you have some reasons, such as being cheated, losing a beloved person, and being hurt.

When a victim wants to crucify an offender, there is “revenge” in his/her mind. So we could suppose that revenge came from four leaves described as a cross.

The Ainu are indigenous people of Hokkaido. There is an interesting Ainu tales.

There was a chief of a village who lived by the river, and he had a beautiful daughter whose name was Iruchiyaro. There was a big swamp near the village and the king of the swamp lived there. He was called Masu or Kamui, but nobody had seen him. One day, the king fell in love with Iruchiyaro at first sight, and then they had a romantic relationship

Since they met for secret dates, Iruchyaro was getting thin. Everybody was wondering why, but one day the king’s fiancée Chitarai said this was because of the king. So the chief and Chitarai planned to assassinate the king using a poison arrow. Iruchiyaro eavesdropped their plot do that told it to the king. However, they couldn’t think of any good idea.

As a result, the king was assassinated. When he was shot with a poison arrow, Chitarai was caught by a big wave, and the chief too. Iruchiyaro was watching them, but after that she plunged into the swamp.
After that, people couldn’t catch any fish as fish were gone, and white clover started to bloom by the swamp.

Now, we can see that there is language of white clover in this story.

– The king said Iruchiyaro “Be mine.”
– “Happiness! for a short period Iruchiyaro and the king had
– “Promise” the chief and Chitarai made
– “Revenge” of Chitarai whose fiancé was stolen, and of the king whose loved person was taken away

The story is related to white clovers, therefore, we can learn the origin of language of flowers.

Four-leaf clovers grow when being stepped on

Do you know why a few four-leaf clovers grow? There are two main reasons.

One is because of gene. For instance, if you have twins in your family, you have opportunity to have twins. Likewise, four leaves are caused by gene. Another reason is that one extra leaf grows when a growth point is damaged. That’s why you can easily find four-leaf clovers on the roadside or in the park as clovers can be stepped on.

Even though they grow by the roadside, they are stepped on and damaged. However, they produce one more leaf to form a lucky four-leaf clover. In Spain, there is a proverb “The best revenge is a life well-lived.” It sounds like how white clovers grow. So, “revenge” may be a positive word.

As mentioned above, Saint Patrick described three leaves as the Holy Trinity. The Holy Trinity are “father”, “child” and “Holy spirit”, and it expresses that God appeared in those three. If one is missing… so now it is understandable why two-leaf clovers will bring unhappiness.

When you lose your faith, it can be getting hard to judge or lose yourself. And then, you tend to have negative thoughts. Your negative thoughts may lead to “revenge”. This is not only about religions but relationship with your parents, respected people and friends.

Unhappiness when you lost something you trust and revenge. They are connected tightly.

You might have felt scared as “revenge” was a quite unexpected word. However, if you think of the reasons, you are able to learn stories and historical facts of white clovers. You can even enjoy imagining.

There are some more flowers having scary language. If you find out why, you will learn more about flowers.

5 reasons why language of white clovers is a bit scary

– If you break a promise, you will be revenged
– “A four-leaf clover = a cross” used in a mission in Ireland
– “Revenge” in Ainu folk tales
– Four-leaf clovers grow when being stepped on
– Two leaves that brings unhappiness

7 Ways How to Get Taller You Can Still Make It