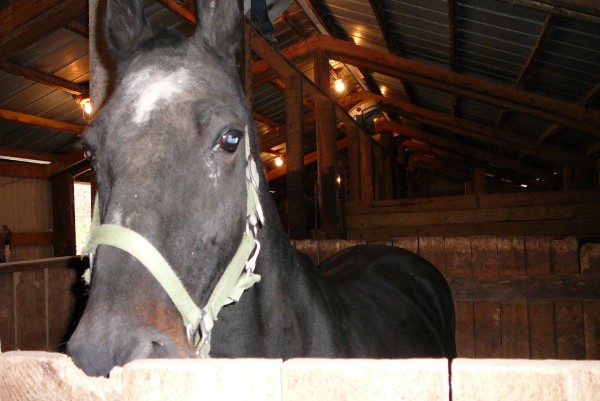 This year（Heisei 26, Jananese traditional era name）, the year of 2014 is the year of horse. Japanese people generally know the year of horse come over once in 12 years. However, the “horse” ” is likely to be considered to be just a thing of the animals or “horse” at a great rate.

In fact, many people think “It is the year of horse this year!” according to twelve signs of the Chinese zodiac, but a few know that the ten heavenly stems are constituted by the combination of the two vital energies of “brightness, and darkness” and the five natural elements of “tree, fire, soil, metal, and water” in the theory of Yin-Yang and the five elements, and that the twelve signs of the zodiac are combined with the ten heavenly stems. It is very important characteristics.

With the object of the things mentioned above, “the year of horse” is a year that belongs to the attributes of the “fire” and that is hilarious. The year is 2014(Heisei 26) this year, 2002(Heisei 14) the previous year, 1990(Heisei 2), 1978(Shouwa 53), and 1966(Shouwa 41). There are people born each year. What personality is he? What personality does a baby born this year become? You should know the characteristics of the people born in the year of horse.

9 of the personality of year of the horse

No.1: Vitality is strong!

It is said that the people born in the year of horse are strong in the life force. Because the horse of animal is the very strong figure and habits, it would be said so. However it was mentioned earlier that year of horse was applied to the “fire” of the five natural elements.

No.2: They can do anything by themselves!

People born in the year of horse go anywhere alone and accomplish anything with using the power of burning fire as weapon. It is never supposed that they can not do anything if they are not with someone. They are adventurous and tend to like outdoor camping.

No.3: A sports enthusiast!

The people born in the year of horse have a lot of innate energy. They like to move a body. They like sports, including a marathon. If you think about diet, marathon, exercise that requires endurance and working out in the gym are recommended.

No.4: They are human and sensitive to the feeling of people!

The people born in the year of horse are soft-hearted, and regarding even a matter about other people as if it belongs to themselves they are pleased at it, feel sorrow for it and do their best together. The attitude is winning and they attain popularity. They have liberal elements to become popular after going out into the world.

They are sensitive to the feeling of people but actually are not good at careful works and delicate things. In the case of allocating a work to them when you have some works and collaborative activities, you should avoid a careful work if possible and leave a general job up to them decisively. For example, in the camp you should ask them to make a fire much better rather than to cook.

No.6: To be frank, they are shanty

They are such pretentious as not to show their frailty and inability to the other people obediently.
Therefore they honestly can not say that they are not good at delicate work, and do their best earnestly and may fail sometime.

No.7: They are moody.Watch their cheating!

A horse cannot achieve an original purpose with facing towards a carrot when it is hung in front of his face. It does not look to be the result of the personality of horse. The people born in the year of horse do not tend to be able to concentrate on one thing since they get distracted for something good as soon as they find it.

Since they originally have the personality to be able to act alone, they face towards their interests without a hesitation. If you do not make good use of the personality, you may have a disappointing result.
In particular, if you are the person of the year of horse, please note the cheating in love.

No.8: Some people have bad mouth……

It seems to be often caused by being soft-hearted. They have a bad mouth unexpectedly and may show a hot side of personality as saying a Tokyoite when they quarrel:

They often give a sense of fear the people of the other signs of zodiac and cause adverse effect on subsequent human relations. The persons except the people of the year of horse, if you see the scene, please do not try to back away from them.

No.9: Basically they are good people

Even if they are capricious and have a bad mouth a little, they are not bad people. To be frank, obedient and single-minded is an obvious good point of a person born in the year of the horse. They have the temperament to do their best for themselves and for other people, and are basically good people.

9 of the personality of year of the horse

1: Vitality is strong!
2: They can do anything by themselves!
3: A sports enthusiast!
4: They are human and sensitive to the feeling of people!
5: In fact, they are slightly rough ……
6: To be frank, they are shanty.
7: They are moody.Watch their cheating!
8: Some people have bad mouth……
9: Basically they are good people

7 messages with the meanings of daisy

7 Tips for Your Happy Life by Arousing Your Potential

7 charms to try to increase your luck

7 selections of the gift matching for the violet flower

...
Home
How guidance of fortune
9 points to know the personality of year of the horse